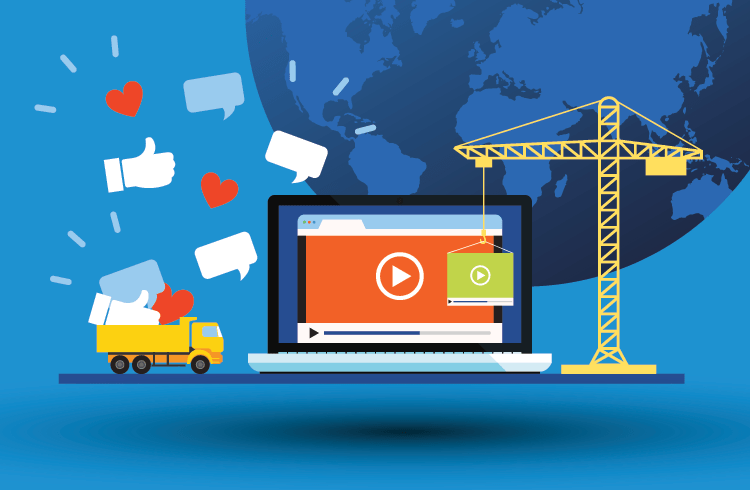 When we think of society’s heroes, we think of doctors saving lives, firemen pulling family pets from burning buildings, and lawyers fighting for the justice of innocent people. However, the world is also full of equipment operators who should be held in equally high esteem, as the following videos show.

When a concerned Australian contacted her local council about a kangaroo stuck in dried mud, its waste and recycling team jumped into action. The footage shows excavator operator Tony Riley working hard to free the iconic Aussie animal.

“First of all, I started digging a trench to him, and I thought he might turn around and go through it to get away. But it just kept getting deeper in the mud,” he told the media after video of his daring rescue went viral. “I started digging the other side of him, and the mud slid away, and he was able to jump up the bank.”

He added that in all his 17 years of excavating, it was his first ‘roo rescue. He also found the attention on its efforts a little overwhelming!

“It feels good to help, and I didn’t think there would be this much publicity,” he said.

The plucky creature didn’t seem to suffer any ill effects from its ordeal and happily hopped away when the job was done.

Kerry Dalton, coordinator of Bundaberg Regional Council’s waste and recycling service, said, “It’s always nice to see a happy ending. It was like he jumped up to the machine and thanked it. He stood there and got his bearings before he hopped off.”

A Danish man is lucky to be alive after being rescued by crane operator John Pederson. Pederson was working at a construction site in the Danish city of Rodovre when the adjacent building caught fire. Upon hearing the cries of a man trapped in the fire and, knowing time was of the essence, he set about saving him.

Pederson swung his crane’s hook toward the fire as his colleagues on the ground helped him navigate a path through the smoke. As luck would have it, the hook came close enough for the trapped man to grab on. Pederson pulled him to safety, to the delight of onlookers filming on the ground.

While two workmen were treated for burns to their face and hands, the fire claimed no lives, thanks to Pederson.

It was the rapid response of another crane operator that got the internet buzzing earlier this year. A crane operator from Changzhou City, in China’s East, witnessed a bus careening into the river after colliding with a sports utility vehicle.

Viral video shows the man jumping from his machinery and running across the road to survey the scene before returning to his equipment.

While it may have been easy to assume authorities would deal with the incident, the unidentified hero decided to step up. He drove his crane to the other side of the road, dodging oncoming cars to move the machinery, then used it to pull every person from the bus. By the time emergency responders reached the scene, the bus driver and all passengers were safe.

Machine operators in India’s Hassan district put the life of a young elephant before their own safety when they mounted a dramatic rescue earlier this year. The male sub-adult elephant became trapped in a muddy pit for an estimated 12 hours after leaving his herd to search for food and water.

Local villagers heard the elephant’s cries, but without the right equipment to help, they informed the forest department.

“The villagers were scared. They thought it was a small elephant, but it wasn’t,” explained a local animal activist, Bhagya Lakshmi. “It is impossible for humans to rescue such a big animal using only their hands. They need some equipment.”

Without the right light to work, forest department officials needed to wait until morning to mount their rescue, forcing the elephant to spend a wet, miserable night in the swamp.

While the excavator operator got a nasty fright, he was unharmed and the elephant rejoined his herd.

These equipment operators are probably far too modest to accept the hero tag, but they’ve certainly restored our faith in humanity.

Common Forklift Rental Prices For Your Next Project
How Much It Costs To Rent a Crane
The Benefits of a Backhoe: Why You Need it on Your Landscaping Job
The Best Ways to Transport Equipment
Haulotte HT85 RTJ PRO, JCB 3CX, Hyundai HX130LCR
18 Important Forklift Statistics for 2020
What is a CARB-Compliant Generator?
Why You Should Dig a Trench Using a Rototiller
Excavator Sizes: Choosing the Right One for Your Project
Smooth Roller or Padfoot Roller: Which Is Better?
×
Enter jobsite location to see local rates:
Use Current Location
Processing...