Frost Laws: What They Are and How to Comply 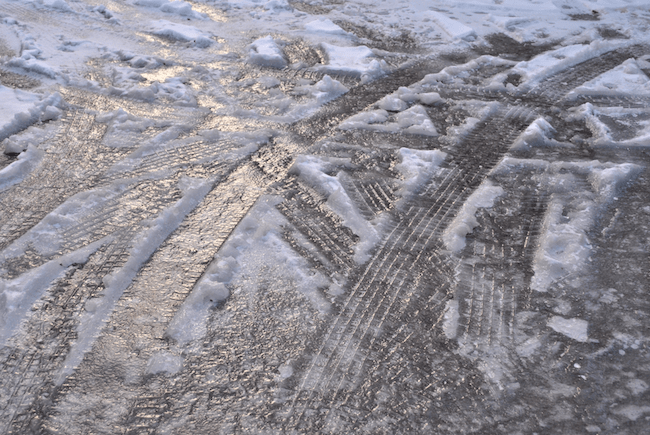 How to Comply with Frost Laws

In places where the temperatures eventually heat up after a cold winter, trucking, transportation, and construction companies are affected by more than just the warmer weather. There are also special laws in place that regulate how these companies operate after the coldest months of the year. To make sure you’re following these rules, learn more about frost laws, including why they exist and how you can make sure to comply.

Be Aware of Spring Pavement Issues

Frost is still in the ground at this point, so when the temperature fluctuates like this, it can cause the pavement on roads and highways to buckle and crack. To make matters worse, moisture builds up on the surface because of these frequent thaws, which leads to even more pavement damage.

Educate Yourself on Frost Laws Basics

With changing temperatures and built-up moisture in the pavement, roads are weakened as spring begins. Putting extra weight on the roads during this critical time can lead to even more issues. To prevent excessive damage to roads and highways, many states have enacted frost laws that go into effect during the early months of spring. These laws are designed to help protect the roads in areas with frigid winters.

Frost laws require that large vehicles carry a reduced load while driving on any posted or restricted roads. Also, heavy vehicles must lower their speed as the change in seasons takes place. This helps to cut down on the road damage that occurs as spring arrives each year.

Each state has its frost laws. Therefore, it’s important for trucking, transportation, and construction companies to be aware of local laws. It’s the responsibility of each company to comply with frost laws through the end of winter and the beginning of spring. Frost laws go into effect during March, April, and May.

Specific weight restrictions may vary by state. For example, in Michigan, the maximum axle load allowed on concrete pavement is reduced by 25 percent. For any other roads, it is reduced by 35 percent. Meanwhile, 525 pounds per inch of tire width is the maximum wheel load for concrete. On other roads, the maximum is 450 pounds per inch. As far as speed is concerned, vehicles must travel no faster than 35 miles per hour on reduced-load roads, even when the posted speed limit is higher.

Seasonal circumstances may affect the start date for these rules. While frost laws usually go into effect on March 1, lawmakers may choose to delay the start date after a, unusually long and cold winter. On the other hand, they may push the start date up after a winter that’s warmer than usual. The same goes for the end date for frost laws. The end date can be extended or pushed up depending on the temperature patterns that year.

Certain vehicles may be exempt from your state’s frost laws. These may include public utility vehicles, farm equipment, milk haulers, and some vehicles that transport agricultural products. However, to avoid fines, vehicle operators must get a permit for specific dates of travel from their local road commission.

Frost laws can have a major effect on those working in the construction industry. When hauling supplies or equipment, the total weight will have to be considered carefully to ensure that companies are complying with local frost laws. This can lead to the need for multiple trips to transport items, longer travel times due to slower speeds, and weight limitations on the types of construction rental equipment the company uses.

You should check the frost laws for your state and note any changes for the start and end dates during this time of the year. There may also be different restrictions regionally within your state. For these reasons, you should check with the department of transportation every year to stay on top of updated guidelines, start dates, and other details. If you don’t comply with frost laws, you might have to pay a hefty fine.

Use this guide to help understand the frost laws in your state. If you have a construction business, these laws will affect you. However, with proper planning, you can lessen any adverse impact of frost laws on your business.