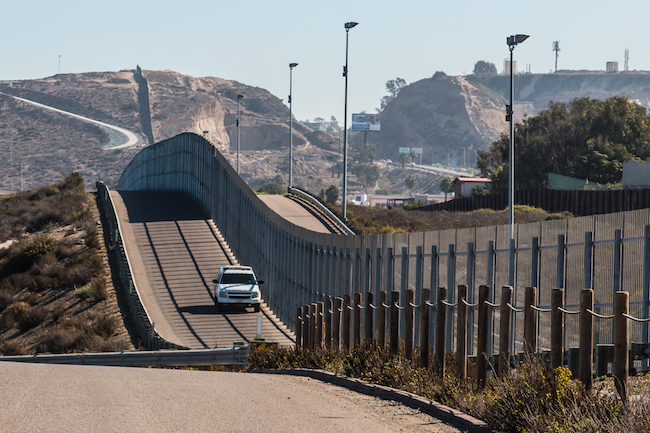 The Department of Homeland Security announced its plans to begin constructing a prototype segment of the border wall on August 1, 2017. The initial segment will be built in a strategically chosen location at the San Diego/Mexico border. General John Kelly signed the notice during his last days at the department on July 26th. However, the official public announcement was not released until last Tuesday.

In the words of the announcement, the Department acknowledged its intent in “implementing President Trump’s Executive Order 13767 (Border Security and Immigration Enforcement Improvements).” The DHS “continues to take steps to immediately plan, design, and construct a physical wall along the southern border, using appropriate materials and technology.” The goal of the executive order to be successful in gaining “complete operational control of the southern border.”

However, as has been the case with the wall since its conception, the announcement has not been without controversy.

One of the most criticized aspects of the planned prototype are the environmental regulations that were cited to be waived. Waived acts included the Clean Water Act, the Endangered Species Act, and the National Environment Policy Act. All three of these acts are considered to be essential to national environmental well-being by advocates of environmental policy.

This news isn’t out of the realm of possibility based off of recent developments on international US environmental policy directly from Washington, DC. On June 1, 2017, President Trump announced the United States would be withdrawing from the Paris Climate Agreement. This decision preceded international criticism, especially from leadership from other western nations.

According to the DHS, complying with these acts would hinder its ability to construct the border wall in a timely manner. However, the department did say that it is committed to “environmental stewardship.” Furthermore, the DHS said that it will work to “ensure impacts to the environment, wildlife, and cultural and historic artifacts are analyzed and minimized.”

So what makes this location ideal for this prototype? According to the DHS, this 15-mile segment of the wall in San Diego is severely outdated and requires correction immediately. Just in 2016, occurences at this section of the border wall included:

Proponents of this project note the fact that this section of the wall was built in the early 1990’s and is no longer sufficient. In the notice, the Department said that if this prototype is successful, its design may be applied to more substantial sections of the Mexico/United States border.

Political History of “The Wall”

Executive Order 13767 has generated both passion and animosity across party lines in America. During the 2016 presidential campaign, sizable chunks of the US voting populations had very polarized views on illegal immigration.

President Trump’s biggest campaign promise was to reinforce the United States’ border with Mexico in a project that was enigmatically named “The Wall.” Critics argued that this strategy was unconstitutional, especially in conjunction with Trump’s other immigration policies.

According to the DHS notice, the new section will “use an operationally effective design” that meet the Border Patrol’s requirements. Construction will draw from the $1.6 billion allocated for the border wall by the House of Representatives if all goes as planned.

What This Means for San Diego

Initial construction of the wall will be beneficial for San Diego’s construction market. There will be an immediate need for skilled construction workers on the project. Also, the public can expect to see some competitive bidding from contracting firms on the job. In addition, heavy equipment rentals on units such as excavators, skid steers, and backhoes will undoubtedly be in high demand.

Within the next several months, the United States will observe the political outcome of this latest development regarding the wall. As seen with the current political landscape in America, nothing is set in stone.