Found Bones on a Construction Site? Here’s What to Do 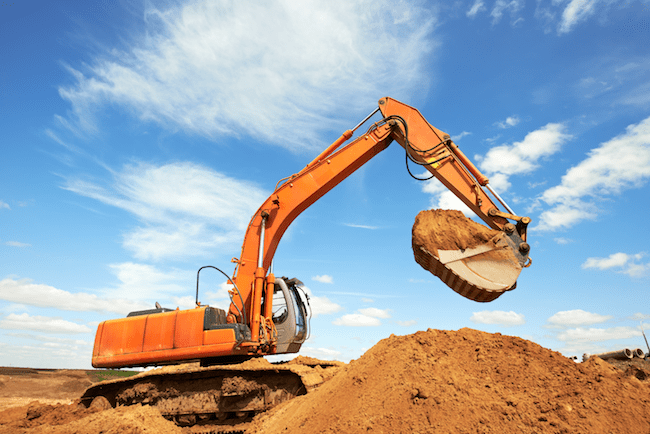 Animals have roamed the planet for millions of years, and humans have lived on Earth for more than 200,000 years. Before cemeteries existed it was common practice to bury family members on land owned by the family. Deaths during wars, mass graves, and ancient burial grounds mean that vast numbers of human remains still lie undisturbed underground. Not surprisingly, the remains of animals and humans are still being discovered today, some of which date to ancient times.

What to Do if You Find Bones on the Jobsite

When construction crews enter a site with their earth-moving equipment such as excavators, they are mostly expecting a routine dig. However, when your crew discovers bones on a construction site, it’s not simply another day on the job. As a general contractor, you need to know what to do when bones get unearthed on your construction site.

By law, many states require that you stop operations. All your workers need to inform you if they discover bones on a site. Stop all work immediately and make sure no one disturbs or moves the bones.

First, inform the landowner. You or the landowner may need to inform local law enforcement. Since different states follow different processes, you’ll want to make sure you know whom to contact in your state. In some states, such as Alabama, you don’t need to report bones found on private land to authorities. Other states will require that you call the police or the county coroner.

In some cases, the discovery of animal bones may simply be a pet that someone buried in a backyard. In other cases, the find is more significant. In 2017, a construction crew in Thornton, Colorado, unearthed a rare fossil of a triceratops. The contractor alerted the Denver Museum of Nature and Science. The museum confirmed the dinosaur fossil and estimated it to be at least 66 million years old.

If human remains are found, they could point to evidence in an unsolved investigation or mark the location of a long-abandoned cemetery.

To the untrained eye, it is not always easy to distinguish between animal and human bones. If the skeleton is intact, and you can determine that the bones are from an animal, you can rebury or move the bones to another location.

If, however, you come across only bone fragments, you may have a harder time identifying them. Bear paws resemble human hands, and pieces of a pig’s tibia can look like a human tibia. You’ll need an expert to determine the origin, such as a coroner or non-forensic archaeology expert.

If bones or artifacts are found on an archaeological resource site, you could face delays of many months. If it is a large or significant discovery, the building project could be at risk of being shut down indefinitely or canceled.

If Native American human remains or artifacts are found, the appropriate tribes will be informed. You will have to wait for the outcome and respect any decision made by the tribal leaders, including shutting down your project.

When work on a building site pauses, neither the contractor nor the project owner may be happy with the delay. Investigators are aware of how delays affect contractors, and they will try to conclude investigations quickly so that you can get back to work. Once the bones are either reburied or preserved, officials will give you clearance to start working again.

As a contractor, you should prepare for the possibility of finding bones on a construction site. Do some research on the site before you start building. Find out if you’re building on or near an archaeological or historical preservation area, or if an old cemetery or hospital once stood at the site.

Next, include a clause in your contract that specifies that the landowner is responsible for resolving the discovery of bones. Your contract should also address how the delays and financial implications will be handled. Will the owner pay your company for the money lost or can you claim it from your insurance company? If you are renting construction equipment, find out if you are allowed to return the equipment earlier than planned.

In the United States, many states require that contractors follow the steps above when finding bones on a building site. If you don’t follow the correct procedures, you can face criminal charges, imprisonment, or fines. Remember the three main steps when you discover bones: stop work, call the relevant authorities, and preserve the site.