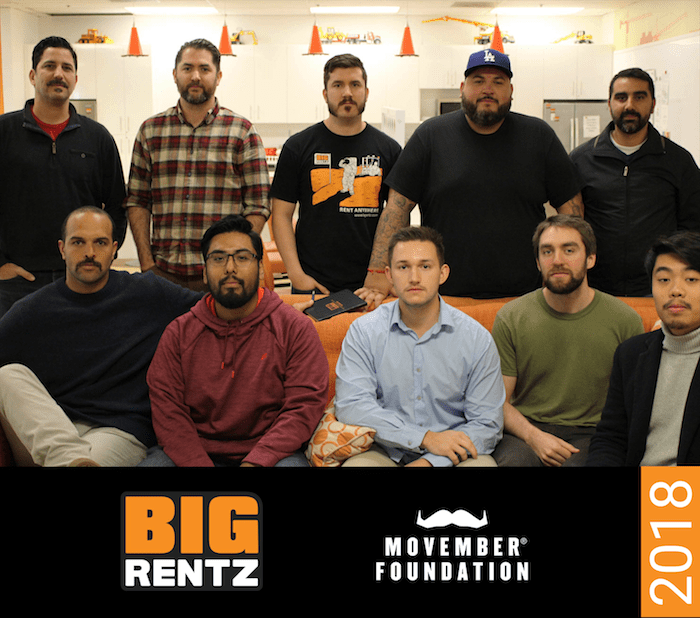 The winner of this year’s competition for the best mustache was Zach Senger, Regional Supply Manager, Strategic Partnerships (back row, center)
Goal is to Raise Awareness for Men’s Health Issues

IRVINE, Calif., Dec. 6, 2018 – The men at BigRentz, the nation’s largest equipment rental network, pledged to grow mustaches during the month of November in honor of ‘Movember,’ an annual event led by the Movember Foundation to raise awareness about men’s health issues such as prostate cancer, testicular cancer, and men’s suicide.

In its second annual participation in the event, BigRentz held a contest to see who grew the best mustache while also raising funds for the Movember Foundation. Nine men participated in the contest, including Jim Arabia, Vice President of Marketing at BigRentz.

“In an industry predominately made up of men, BigRentz believes it is important to support awareness for men’s health issues,” commented Arabia. “Movember has become a new tradition at BigRentz and the contest is a great way to have fun while raising awareness throughout the company.”