How Boom Lifts Are Used Today 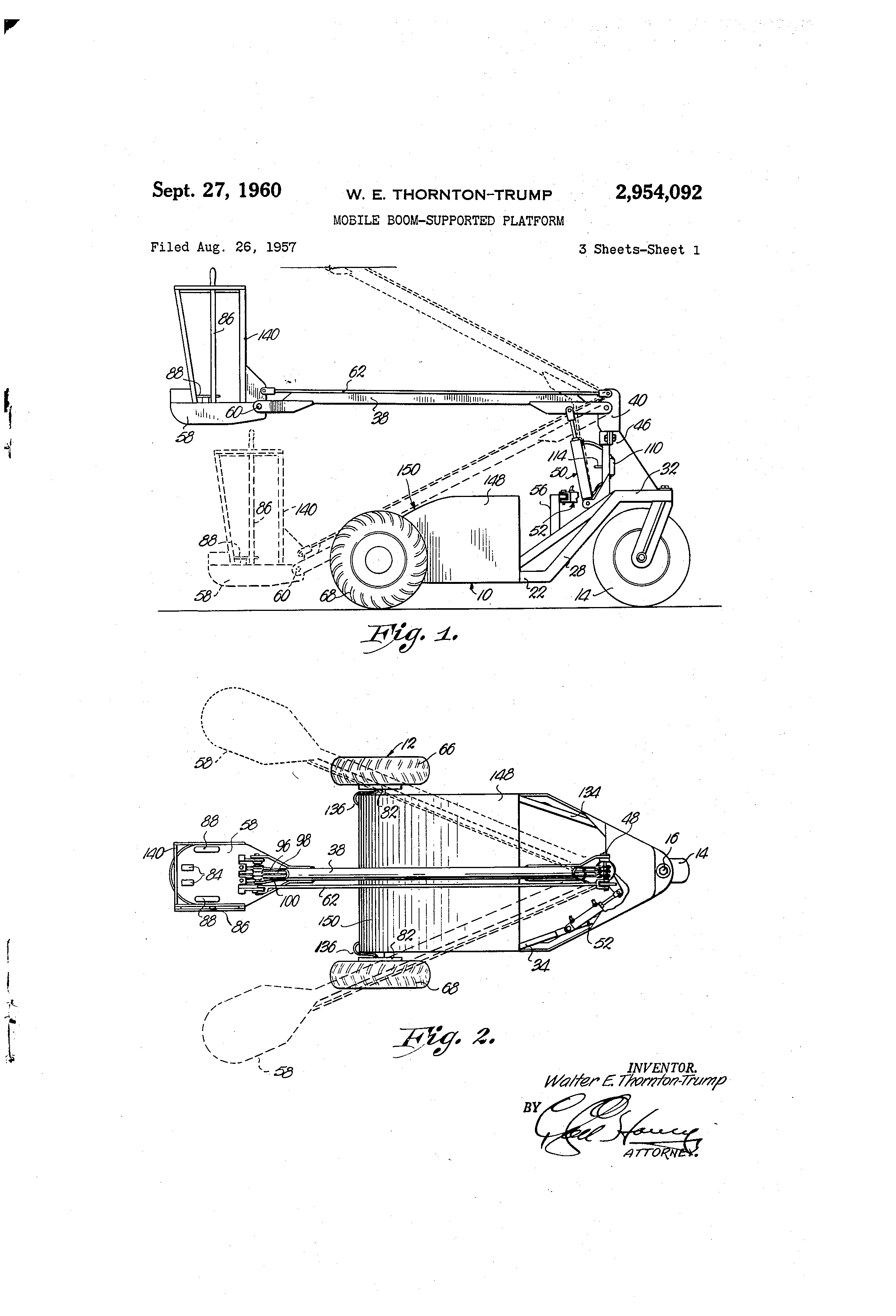 A boom lift lets workers access high areas, and many models have special equipment for specific jobs, such as carrying frames for window glass. Many boom lifts are relatively easy to use, so a single person can usually operate one alone. Models under 60 feet tall are easy to tow on the highway to whichever jobsite where it’s needed. This article will guide you through the history of boom lifts, the different types, and how to decide which type is best for you and your company.

The History of Boom Lifts

In 1951, Walter E. Thornton-Trump, nicknamed Ted, invented boom lifts to make working in high places easier. He lived in Beaver Lake, Canada, born in 1918, and he died in Worcestershire, England, in 1998. Thornton-Trump called the boom lift the Giraffe, but the name cherry picker stuck because people often used it to pick fruit, including cherries, from tall trees in orchards.

Why did boom lifts become a popular way to harvest fruit? Climbing a ladder is difficult, especially when you’re carrying heavy baskets and other equipment. What’s more, ladders are dangerous on uneven ground. Using a boom lift is safer, more efficient, and easier to use to reach high places.

Some boom lifts can even move like a crane to reach up and over obstacles. This is ideal in situations where you can’t put equipment directly underneath the object you need to reach. By 1958, just a few years after Walter E. Thornton-Trump invented them, boom lifts appeared on fire engines to help firefighters put out fires faster and with less risk than using ladders. Soon after that, workers started using boom lifts for servicing overhead cables, taking care of phone lines, mining, changing the bulbs on street lights, and any other task that might call for reaching up and around objects.

Special trucks called boom trucks carried many of the first boom lifts, including the ones on fire trucks. Mr. Thornton-Trump patented his invention in the early 1960s as a “power-operated boom structure” and as a “lifting apparatus for electric line and construction workers.” At first, safety regulations didn’t exist in most cities and states. Today, there are safety rules for all types of boom lifts, and the operators must have special training. If someone says they are licensed to operate travel towers, they are using another name for boom lifts.

An articulating or articulated boom lift also called a knuckle boom, or an up-and-over boom has sections that bend so it can go over obstacles. The sections can move independently so that workers can get to hard-to-reach places. They also have a tight turning radius to get into small spaces. This type of boom lift is perfect for trimming trees on rough or muddy terrain, which is why many people call it a cherry picker.

People and companies also use articulating boom lifts to fight fires, service overhead power or phone lines, and take care of a variety of maintenance and construction tasks. Many models have water cannons to make firefighting easier. Some have telescoping sections, and an extra jib can extend the platform an additional 6 feet in any direction. People call other boom lifts “spiders” because of their bug-like legs. These legs can support the boom lift even on steep hills or rough terrain. Many articulating boom lifts can fit through doorways so that people can use them inside buildings.

At BigRentz, you can find articulating boom lifts from 30 to 150 feet tall. Electric, diesel, and dual-fuel models that can carry up to 500 pounds are available. The capacity doesn’t necessarily change with the size or the height of the boom lift. Electric boom lifts are best for tasks inside buildings because they don’t produce exhaust and are quieter than other models. Diesel is best for outdoor tasks, and dual-fuel models can work indoors or outdoors.

Telescoping or telescopic boom lifts, also called straight mast boom lifts or stick booms, extend out and up like telescopes instead of bending like articulating boom lifts. They need room to move, but they’re very stable. Hydraulics extend and retract the booms. The person on the platform can work the lift, so there’s no need for a second worker on the ground. Some taller models have a jib near the top similar to an articulating boom lift.

Telescoping boom lifts are the tallest types, reaching from 40 to 180 feet tall. Many models can extend to their full height in less than a minute, and their speed is adjustable. That way, you can slow your telescoping boom lift down if it rises too fast for your comfort. Weight capacities range from 500 to 1,100 pounds, and diesel or dual-fuel models are available.

Like articulating boom lifts, many telescoping boom lifts have a narrow base so that they can fit through doorways and other small spaces. They also have four-wheel drive and minimal tail swing so they can make tight turns and maneuver even in rough or muddy terrain.

How to Decide Which Type of Boom Lift is Best

Both types of boom lifts often have four-wheel drive, and either type would work well for many jobs. A telescoping boom lift offers the best combination of height and reach. BigRentz offers a range of boom lifts, including a 30-foot electric articulating boom lift with a narrow chassis that’s just 30 inches wide. It can lift 500 pounds, rotate 180 degrees, and reach out more than 20 feet. The battery’s charge lasts up to 370 hours.

The tallest articulating boom lift from BigRentz is 150 feet tall, and there are gas, propane, and diesel models. They’re both about 8 feet wide and 40 feet long, so you’ll need lots of space to use them. They can rotate 160 degrees and reach out about 59 feet.

The shortest telescoping boom lift from BigRentz is 40 feet tall, and it’s also about 8 feet wide with a dual-fuel or a diesel model. Some models can rotate 360 degrees, and they can reach out about 34 feet. The 150-foot diesel model also has a broad base. It can turn 360 degrees and reach out about 79 feet.

How To Operate Boom Lifts Safely

Renting a boom lift can help your company save money on the initial purchase, maintenance, storage, depreciation costs, insurance, and transportation. You can enjoy the latest technology without paying extra for it. BigRentz has more than 8,000 locations in the United States for simple, convenient rentals. Call us at (888) 325-5172 for more information about boom lifts and great service.

5 Biggest Bulldozers in the World & Their Specs
From Minor to Major: The Complete Guide to Home Modifications to Prevent Seniors From Falling
The Top Skid Steer Brands and How To Choose
Concrete Scarifier vs. Grinder: How To Choose
Backhoe vs. Excavator: Which Machine Is Best for Your Project?
How to Stay Safe While Operating a Manlift
How Do Construction Cranes Work?
Understanding the Construction Terms and Lingo Used During Home Remodeling Projects
The Best Equipment To Clear Land and Brush
How to Use a Garden Tiller