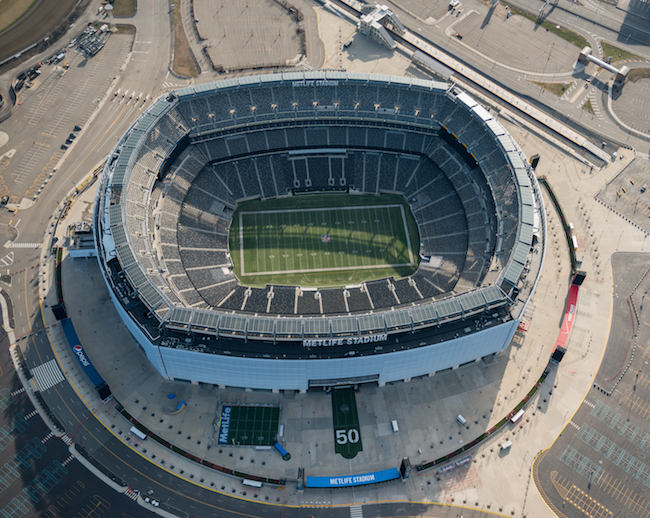 Metlife Stadium is the most expensive of the NFL football stadiums.

Football is a wildly popular sport in the United States. A full third of sports fans name professional football as their favorite game. During football season, fans’ calendars overflow with themed events, from tailgating parties to backyard barbecues. However, the most thrilling way to enjoy the game is live from a seat in the stands.

Now that football has secured a place as the most popular sport in the country and the ninth most popular pick in the world, there’s plenty of justification for splurging a bit on the fan experience. American football stadiums are finding no end to the creative ways they can cater to fans. Lucas Oil Stadium in Indianapolis features extra-wide seats for a more comfortable game-day experience. Ford Field, home of the Detroit Lions, offers a specialized selection of local craft brews. Fans catching the San Francisco 49ers in Levi’s Stadium can use an app to order drinks delivered to their seat.

Amenities aren’t the only thing getting bigger in today’s stadiums. The buildings themselves are growing, too. The biggest stadiums in the country have capacities ranging from nearly 70,000 people to well over 110,000. This means you’ll find plenty of prime seats waiting for you when you’ve got a ticket for the game. Join the throngs of enamored fans and get a view unlike any other inside these facilities.

If you’re looking for a stadium experience that goes above and beyond, check out the infographic below to find some of the best locations in the country.

How Modular Construction Benefits the Environment
15 Interesting Construction Facts
Women in Construction: The State of the Industry in 2021
Top 10 Construction Industry Trends To Watch For In 2021
6 Innovative Construction Wearables Reshaping Safety
What Americans Are Building According to Google
How to Build an Underground Bunker in 9 Steps
How to Read Construction Blueprints
From Construction Sites to Constructed Housing: Resources for Homeless Veterans
Is it Time to Remodel Your Company's Offices? How to Design a Millennial-Friendly Workplace
Construction Share this article: