Hurricane advisory: Rentals in and around Florida will be effected by Ian

Construction Technology to Watch in 2022 Construction has a long history of innovation that has spurred impressive advances in the types of buildings we can produce. For example, the development of cofferdams and caissons opened the door for majestic underwater structures. Meanwhile, advancements in tower crane technology propelled construction upward, opening up the possibility for massive skyscrapers.

After a long construction boom, the year following the pandemic was difficult for the construction industry as it struggled to protect its workers and reopen job sites. The industry responded to this difficult period with an increased focus on innovation, and the coming year is likely to see further development of automation and technologies that are reshaping construction as we know it.

Below, we’ve outlined 10 of the most important technologies to watch in 2022.

Augmented reality (AR) is a digital layer of information that enhances a view of the real world. By using a mobile device with AR capabilities, construction professionals can look at a job site with additional information laid directly on top of the picture. 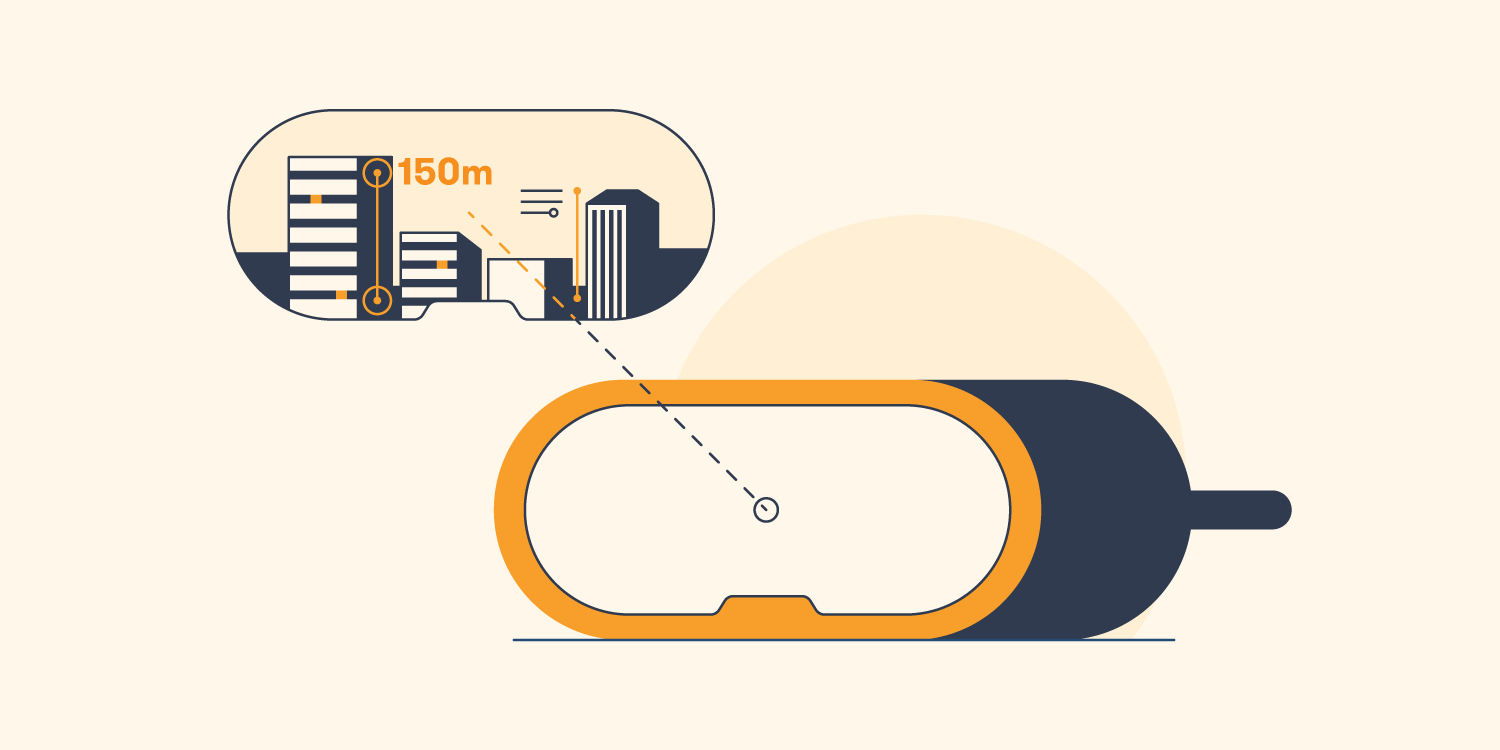 For example, a construction worker could point a tablet at a wall, and the tablet could display the building plans for that wall as if they were part of the physical environment. Augmented reality has huge implications for construction because it provides additional information exactly where it’s needed.

Here are a few other uses for augmented reality:

While augmented reality can be used on a tablet or other portable computer, the future of augmented reality will likely rely on AR glasses, which would enable hands-free access to crucial information at all times. These augmented reality glasses are one of several construction wearables that are likely to gain traction over the next year.

Construction wearables offer numerous benefits for productivity, but they may succeed in rapid adoption especially because of their safety advantages. 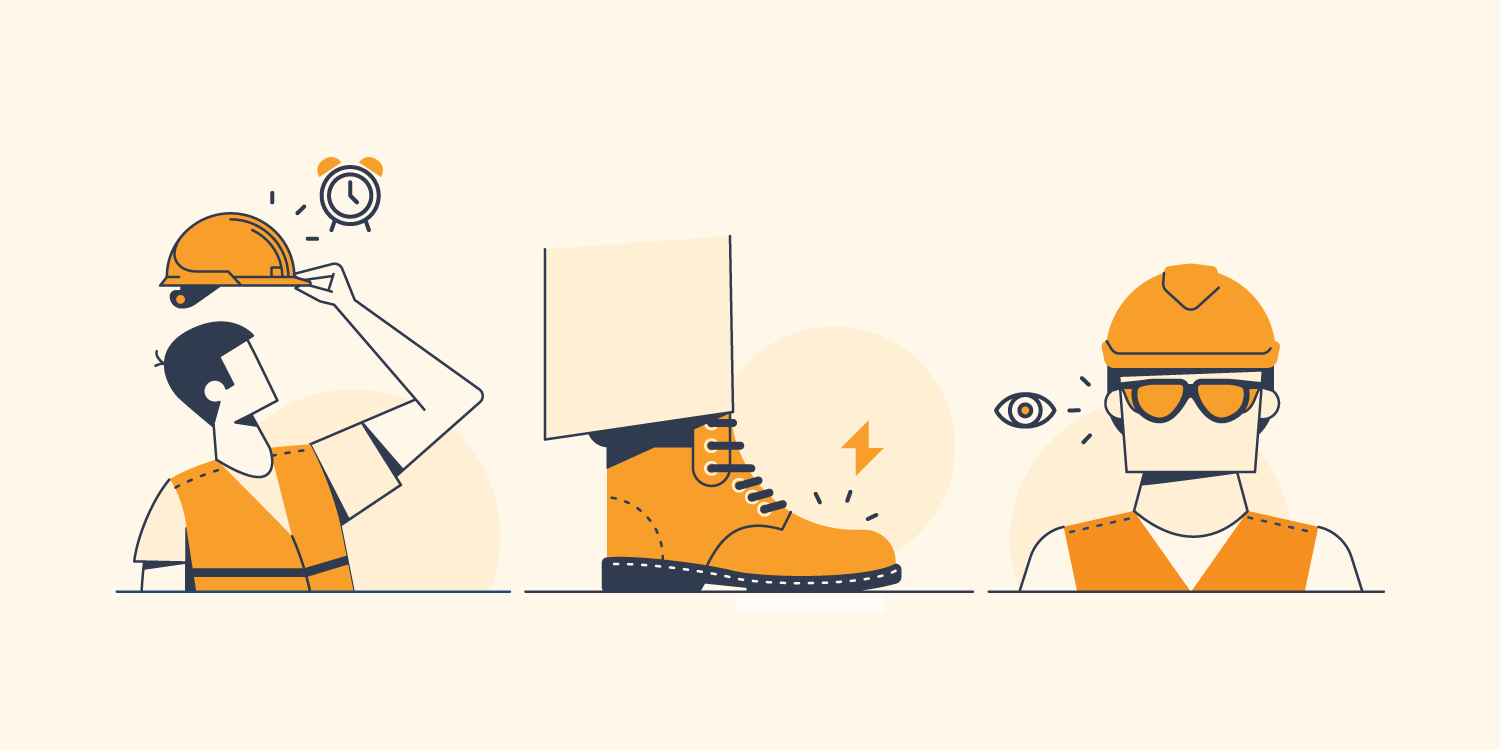 Construction is one of the riskiest industries to work in, with accidents like falls and collisions with equipment accounting for hundreds of worker deaths each year. Wearable technology offers the possibility of added safety for workers, potentially preventing injuries and deaths across the industry.

Here are a few construction wearables that are already available today:

Other wearables, like smartwatches, monitors and goggles, improve lone worker safety, check for fatigue and enable contact tracing. We’re at the beginning of a revolution in construction that will help improve the efficiency and safety of each individual worker.

That said, the technological benefits for workers don’t stop with small, portable wearables, but also include larger personal devices like construction exoskeletons.

Construction exoskeletons, or exosuits, are wearable machines with motorized joints that provide extra support and power during repetitive movements like bending, lifting and grabbing. 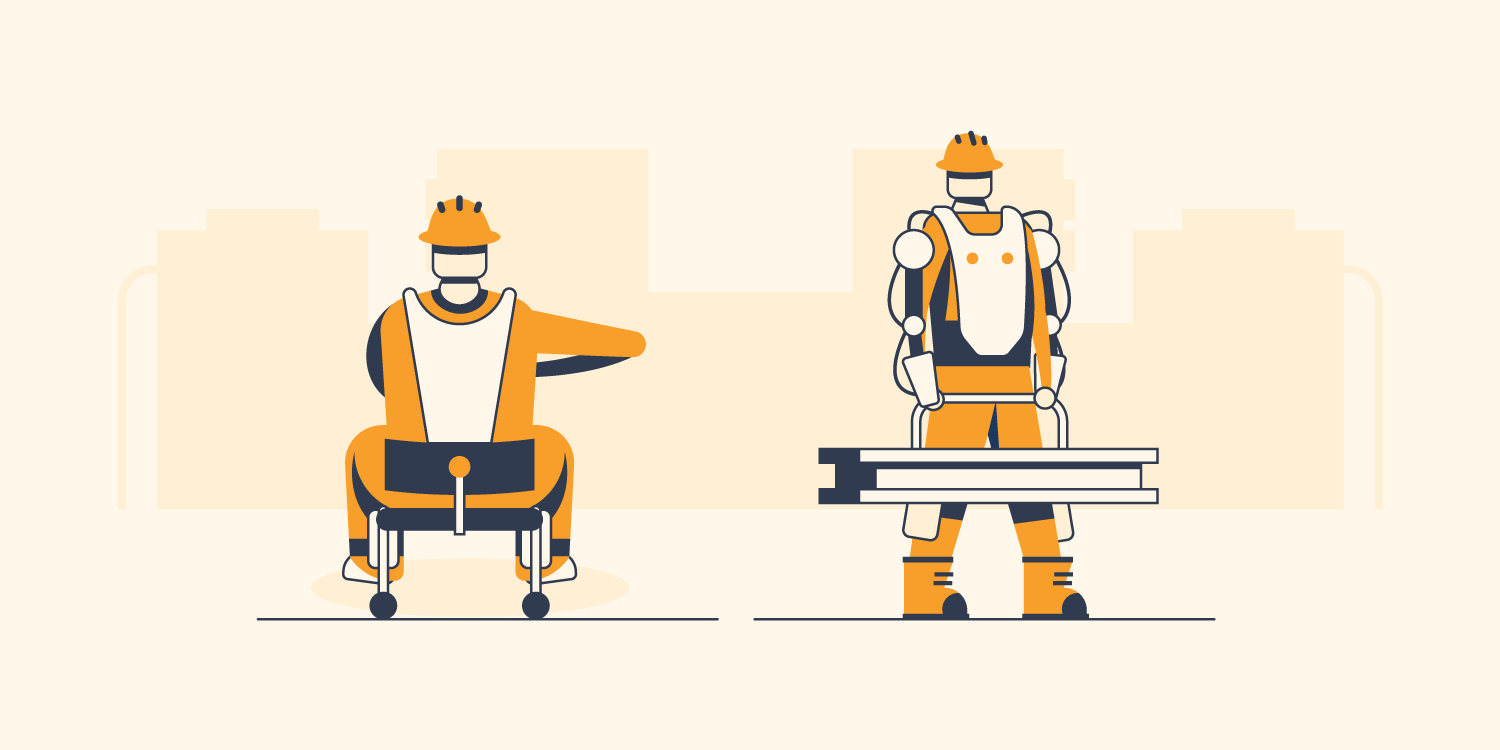 While exoskeletons originated in rehabilitation programs, they are gaining attention as a tool to reduce injuries and increase efficiency for construction workers. Some exoskeletons are powered by electricity and others simply redistribute weight throughout the body, but all of them have advantages for workers performing tough jobs.

Here are a few examples of exoskeletons being used on construction sites:

There are also full-body construction exoskeletons, which enhance strength and reduce fatigue for difficult lifting jobs.

Though exoskeletons are making strenuous jobs easier for construction workers, the industry is also looking toward construction robots to ease the burden even more by offloading certain risky and difficult tasks to machines.

Construction robots are still a ways off from completely taking over the industry, but several designs and proposals are on the table as the industry considers ways to deal with a labor shortage and the need for social distancing. 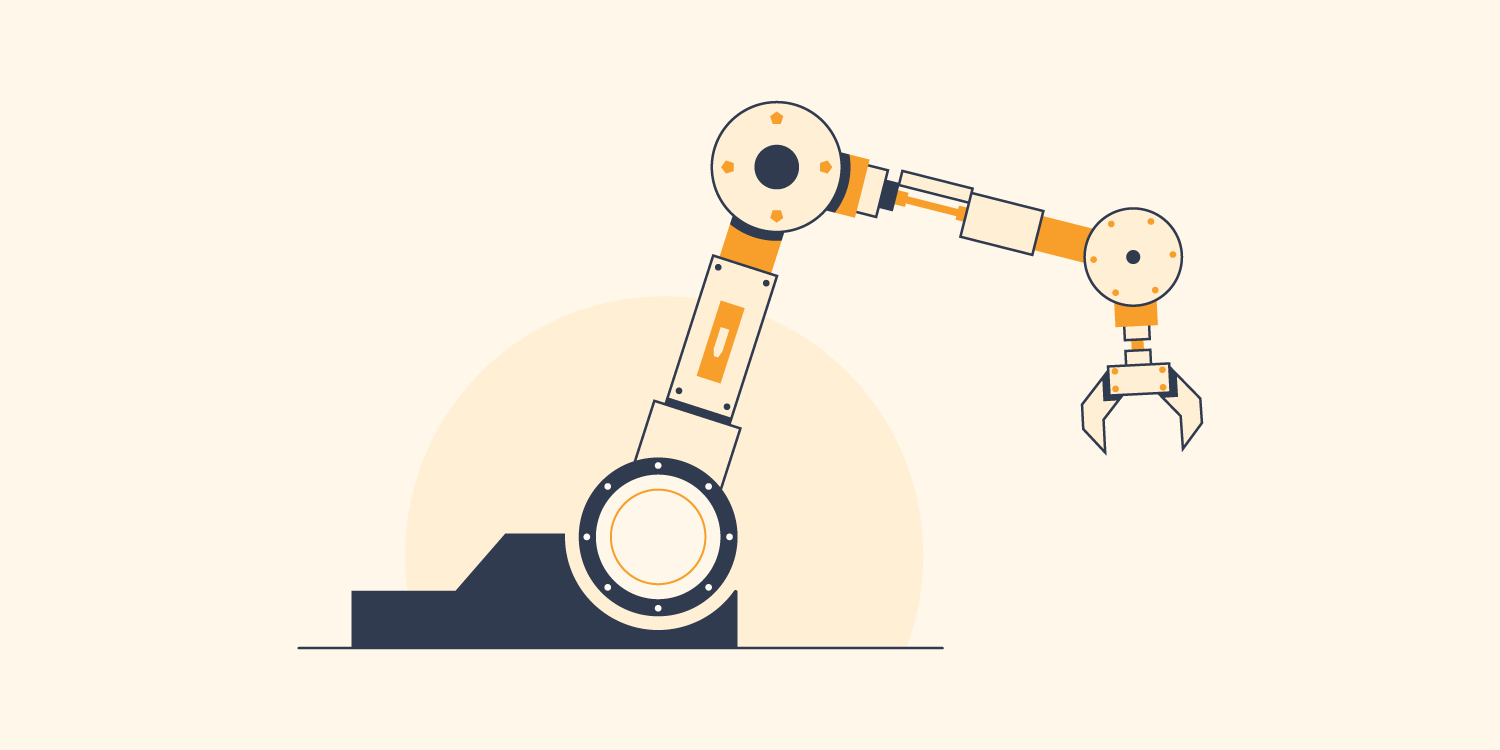 While robots like this have not yet been widely adopted in construction, other formerly futuristic technologies are already widespread. For example, drones are now a common sight on construction jobs, performing work that would have been cost-prohibitive just a few years ago.

Drones have already made an impressive contribution to construction, and their influence is set to grow in the coming year. Small, camera-mounted flying drones can reduce the costs of processes that used to be extraordinarily expensive. 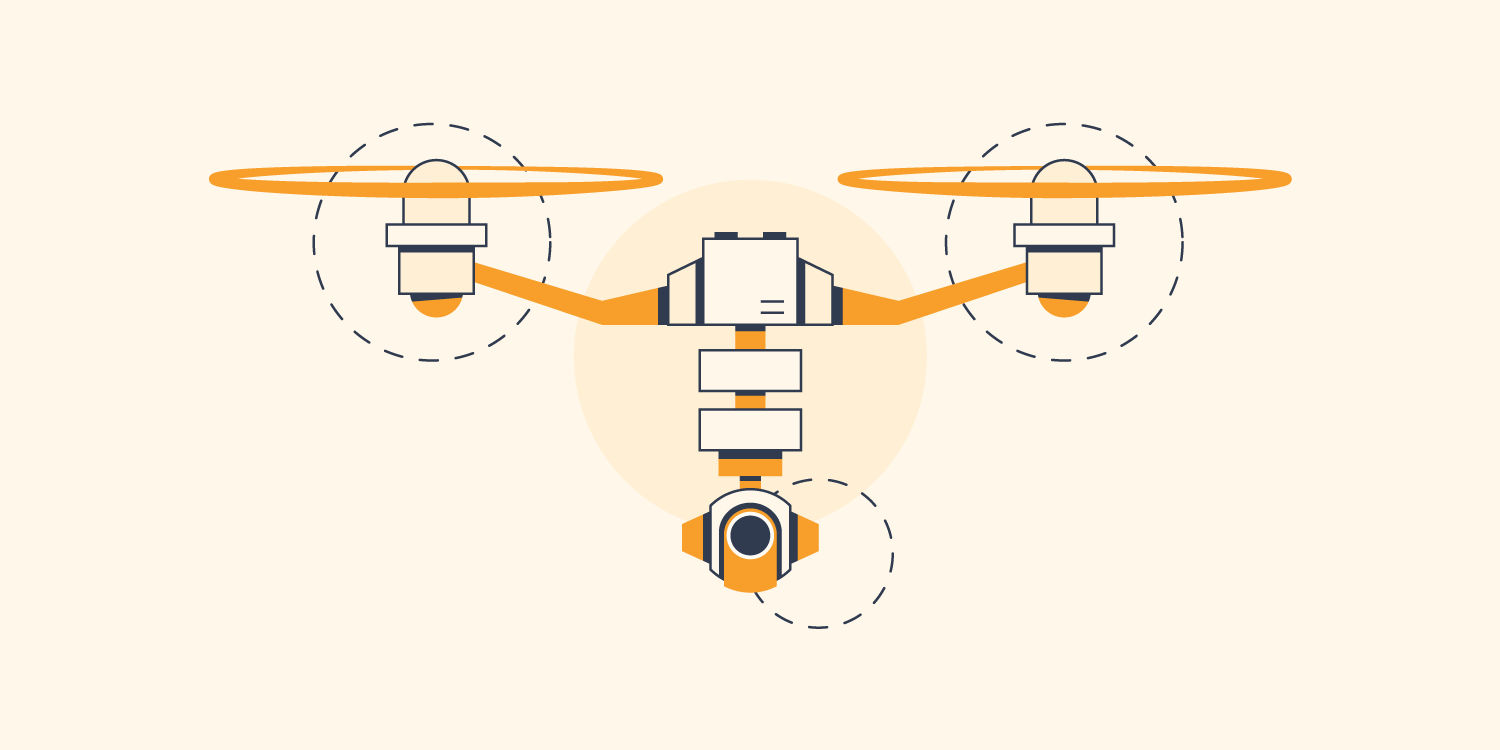 Here are just a few of the ways that drones are making a difference on job sites:

Drones also have implications for progress reports, personnel safety and building inspections. One of the ways that drones — and other types of construction technology — will continue to improve is by increased use of artificial intelligence and machine learning.

Artificial intelligence (AI) is the ability for technology to make decisions independent of human input, while machine learning is the ability for technology to “learn” from past experiences and big data analysis. Both of these technologies have massive implications for construction, where efficient and intelligent decision-making has notable effects on productivity and safety. 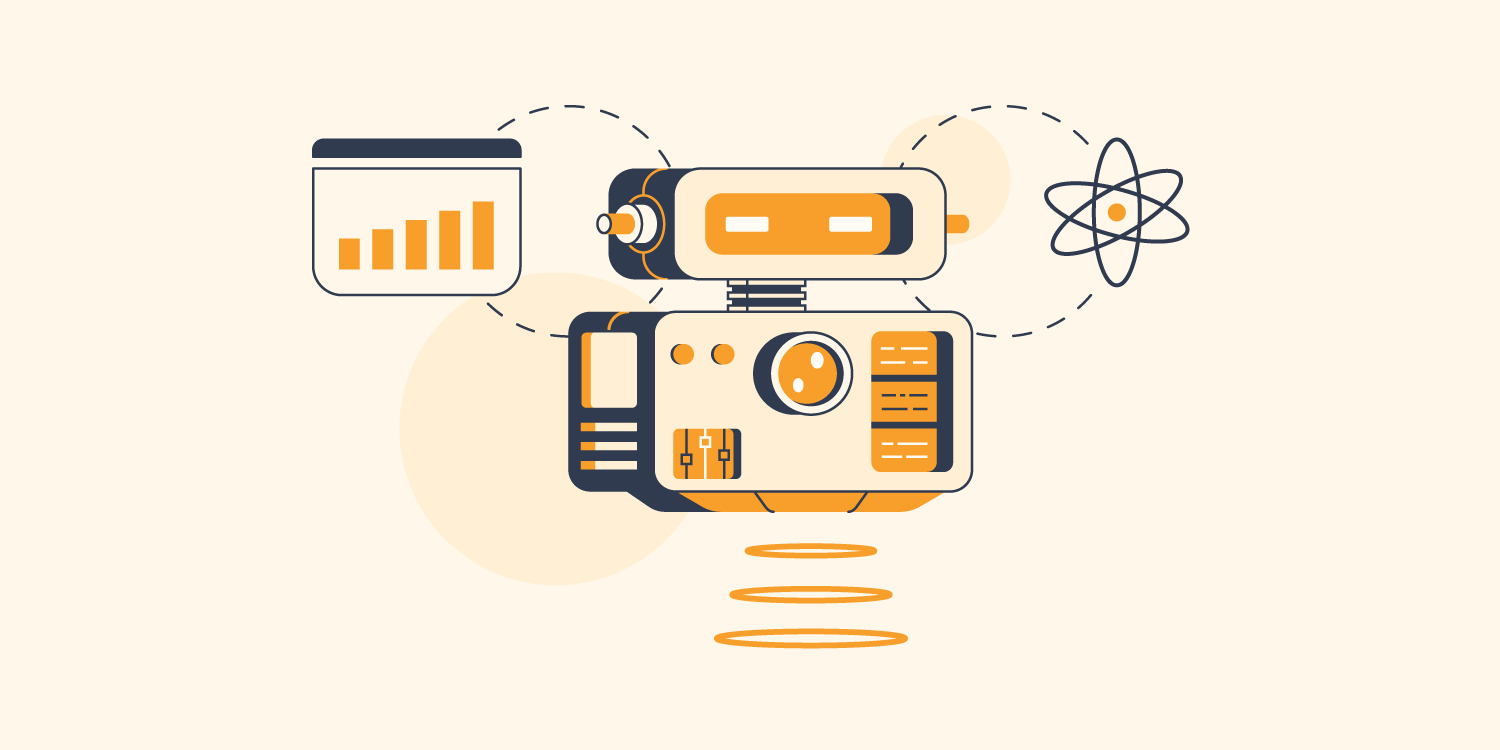 Take a look at some of the ways AI and machine learning are already reshaping construction:

Modular construction is an alternative building method in which structures are constructed off-site, delivered in pieces and then assembled by cranes. 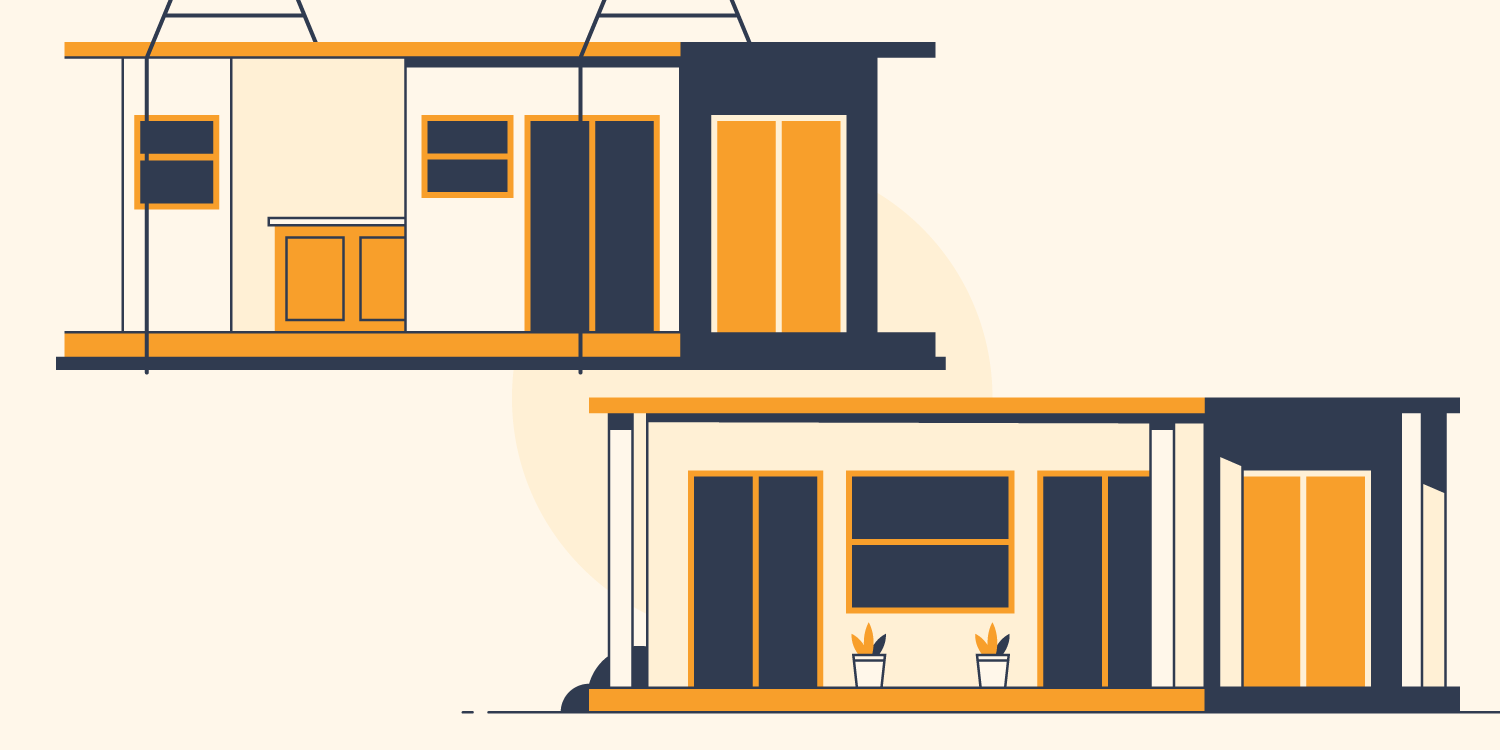 Because construction of the building happens at the same time the site is prepared, modular construction can be up to twice as fast as traditional projects.

Other benefits of modular construction include: 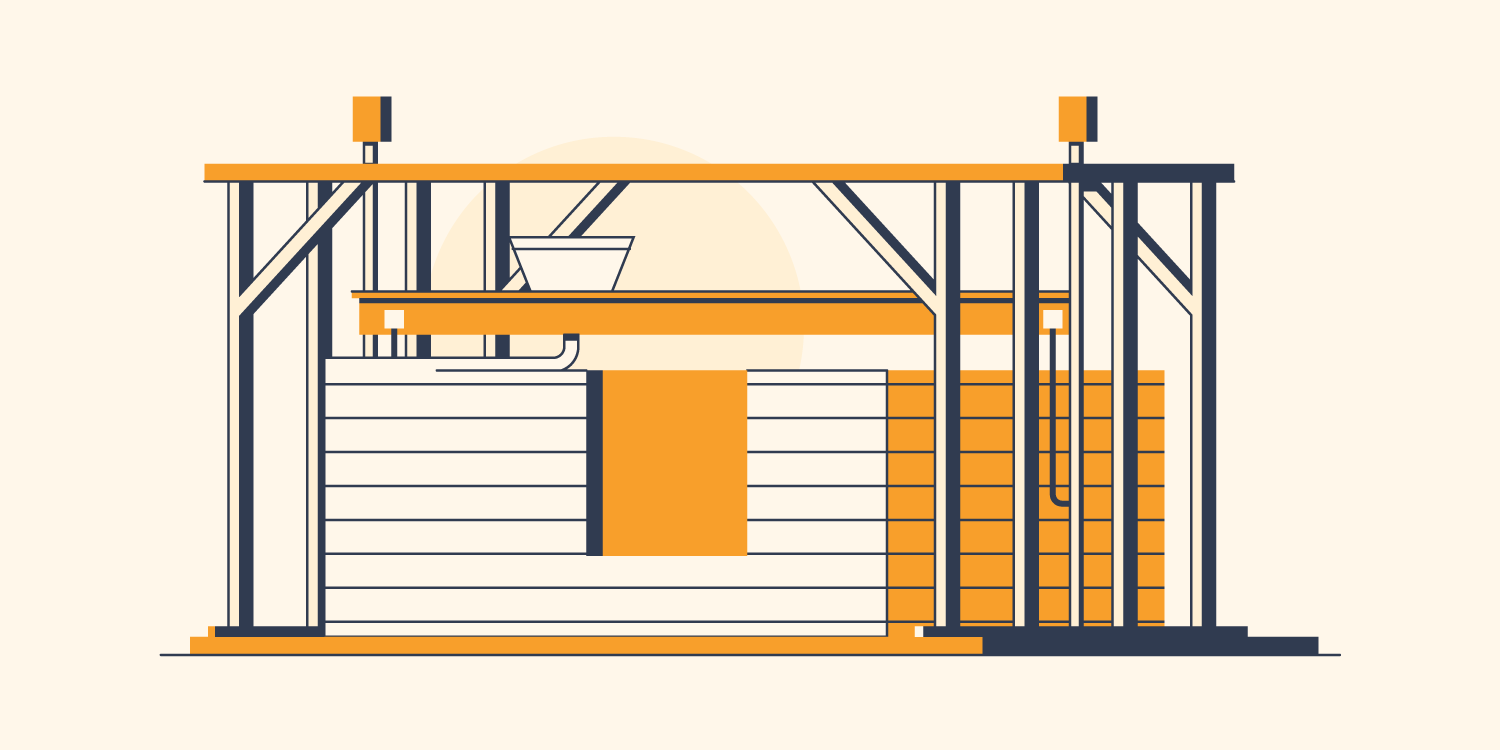 Though 3D printing is likely to have a huge impact on construction in the coming years, the technology is still relatively new and untested. In the meantime, another 3D technology has emerged to increase efficiency on job sites: building information modeling.

Building information modeling (BIM) is the process of creating a digital representation of a structure (a “model”) before building it. An accurate representation of the building enables everyone involved in the construction to anticipate difficulties, eliminate risk, determine logistics and increase efficiency. 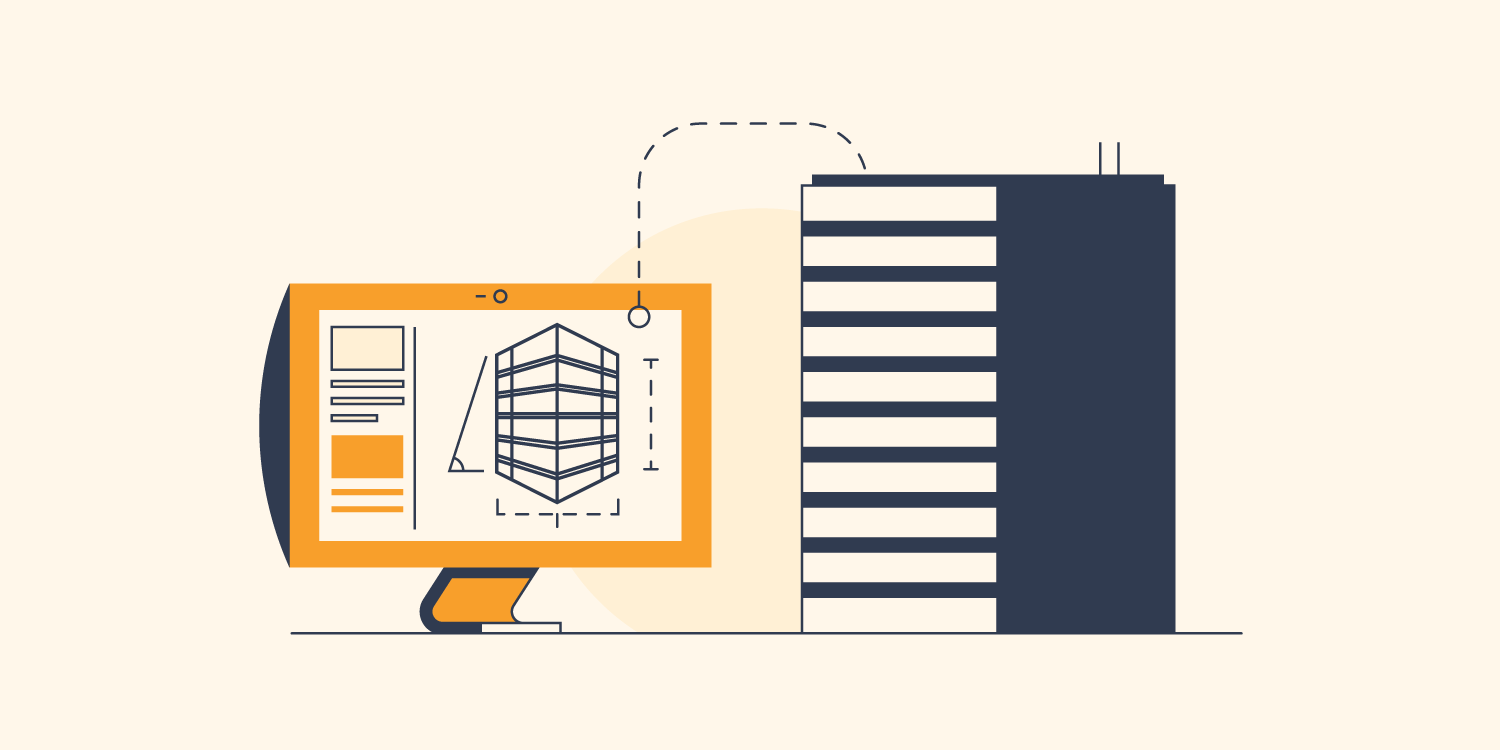 Building information modeling is useful for all stages of construction:

Building information modeling may currently be one of the most important developments in construction because it affects and improves every aspect of the construction process. That said, an emergent technology may even further revolutionize construction with its innovative approach to information: blockchain.

Blockchain technology, first used for the online cryptocurrency Bitcoin, is a way of recording information that has broad applications for construction project management. Though difficult to understand at first, the importance of blockchain is that it is an intuitive way to increase project efficiency. 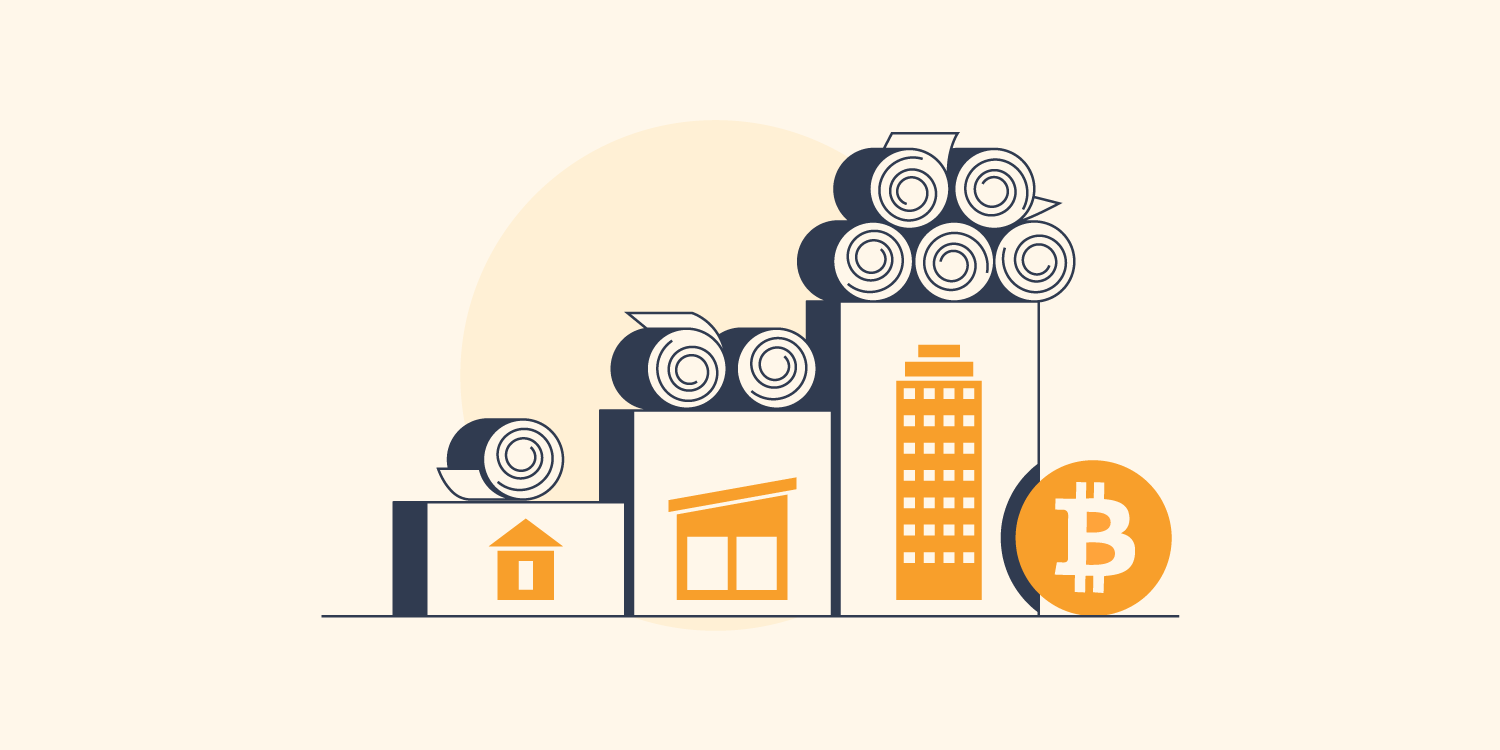 A few aspects of blockchain make it particularly appealing for the construction industry:

In the coming years, blockchain is likely to influence many aspects of construction management, from contracts and asset management to payment and material procurement. Blockchain is helpful for the entire length of a project, and it helps store information that is accessible even after a project is completed.

6 Innovative Construction Wearables Reshaping Safety
Comparing the Best Mini Excavators on the Market
How to Use a Pallet Jack: A Step-by-Step Guide
Blockchain In Construction: How It Will Change the Industry
Teaching Construction With Minecraft
What is a Scraper and How Does It Work?
The Advantages Of A Computerized Payroll System
Plaster vs. Drywall: Dissecting the Differences
Constructing the City of the Future
Big Data is Taking the Construction Industry to New Heights — Here's How

How Much Does A Scissor Lift Weigh?