How Do Construction Cranes Work? 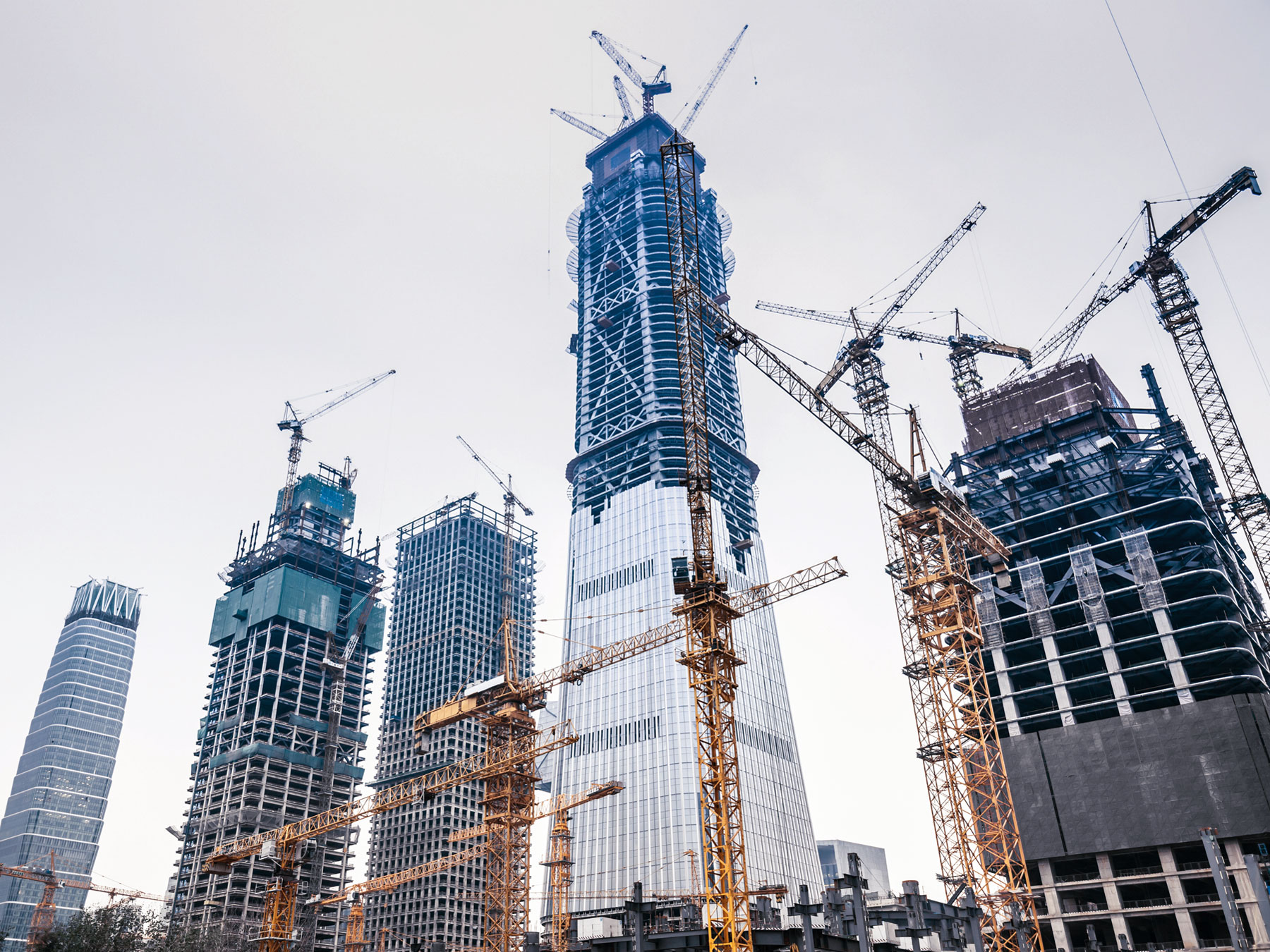 Metropolitan horizons are dotted with cranes, constant fixtures in downtowns with buildings rising higher and higher. Without construction cranes, building skyscrapers would be impossible, but with cranes, we’re able to build towering structures with relative ease. Cranes are capable of moving extremely heavy objects into place, enabling methods of construction that were unthinkable just a couple hundred years ago.

Although most of us frequently see cranes, many people don’t know exactly how cranes work. How do tower cranes reach such incredible heights? How do they assist in constructing a building? What does the operator do while controlling a crane?

In this article, we’ll answer all of those questions. Although there are many types of cranes, we’ll focus specifically on tower cranes, which are the ones you see most often on large commercial construction sites. These cranes are extremely sophisticated, and they can also be expensive, sometimes costing more than $15,000 a month to rent.

You can jump straight to our infographic, or read more about:

Parts of a Crane

To understand a crane’s movement, it’s helpful to have a good grasp of the various parts that make up a construction crane. All of these parts work together to make the incredible lifting power of a crane possible.

When looking at a crane, you can identify all of the parts easily by starting at the base of the crane and working your way up, then running your eyes along the length of the crane from the long end to the short end.

Remember that there are many varieties of tower cranes, and some will have parts that are not mentioned here. For example, a luffing jib crane has an arm that is able to raise up and down, and a flat top crane does not have the apex and pendant system shown in the crane above.

Some tower cranes also have self-climbing hydraulic systems, which makes it possible for them to climb internally as a skyscraper is constructed around them.

Overall, though, the basic parts of tower cranes are fairly similar, and this list will give you a good understanding of the parts that make up the cranes that you see in your everyday life.

How Cranes Are Built

Before cranes can perform the essential lifting operations that make them valuable on job sites, they must be stabilized and assembled.

A tower crane is always built in three distinct phases:

For the rest of the job, the tower crane will be able to build its own tower using a unique mechanism:

This process is repeated to add new sections to the tower, raising the crane higher with each additional tower section. While adding tower sections in this way, counterweights are used carefully so that the crane acts as a perfectly balanced scale to prevent tipping.

With a firm understanding of crane assembly, you’ll be able to appreciate the incredible work a tower crane does.

How a Tower Crane Performs Lifts

A tower crane will perform hundreds of lifts over the course of a construction project, moving heavy materials like steel and concrete into place for construction workers assembling a building.

With these maneuvers, a crane operator is able to move a load within a very large area. In fact, the largest freestanding tower crane, the Kroll K10000, covers the area of six football fields with its reach of 330 feet. Because of their enormous power, construction cranes move massive amounts of weight — thousands of pounds — with the simplicity of a joystick.

What a Crane Operator Does

Once in the cab, the crane operator has several key responsibilities:

Keeping an eye on computer safety systems is vital to a safe lift. A crane operator must always stay mindful of wind speed, as high winds makes crane maneuvers more complicated and potentially risky. Additionally, a crane has different weight capacities depending on how far away the load is from the tower, so a crane operator uses a load moment indicator to make sure the lift stays within safe parameters at all times.

Iconic skylines simply would not exist without tower cranes, which have made it safe and efficient to move the steel and concrete that are essential to skyscraper construction. With a deep understanding of construction cranes, it’s possible to drive around and see cranes with a new appreciation for their impressive engineering.

Next time you see a crane, feel free to impress your friends with your knowledge of self-climbing tower cranes and impressive components like jibs, winches and hook blocks.

How Do Generators Work?
11 Crane Safety Tips to Prevent Accidents
5 Building Construction Types: Fire Resistance Ratings
Bulldozer Types, Parts and Their Uses
How Modular Construction Benefits the Environment
Big Data is Taking the Construction Industry to New Heights — Here's How
What Is Commercial Construction?
Forklift Mast Types: How to Choose the Right One
Construction Dumpster Sizes: What To Get For Your Site
Common Forklift Rental Prices For Your Next Project
Cranes Equipment Share this article: