Construction Technology to Watch in 2019 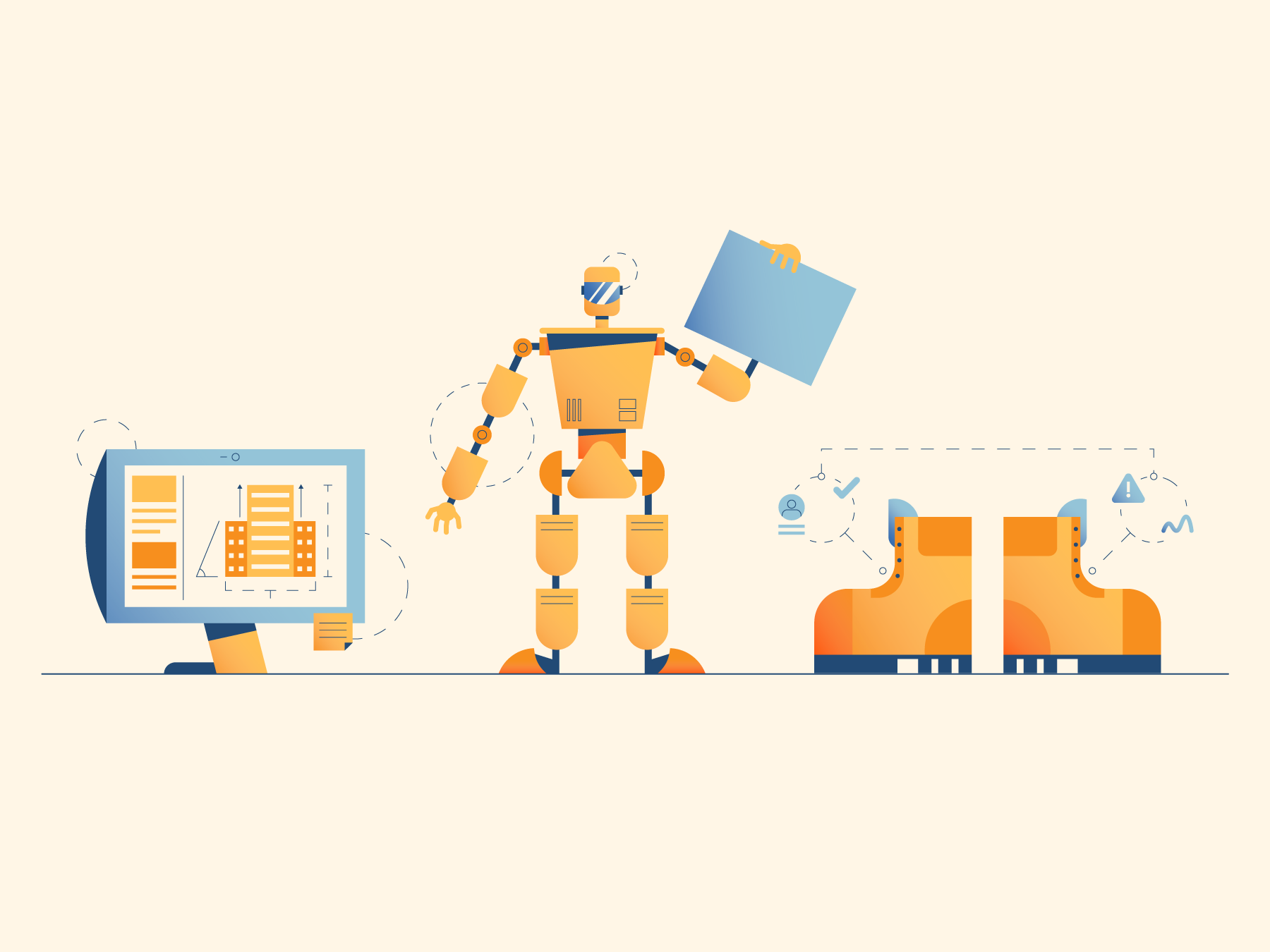 When you think of technological advancements, your mind might automatically gravitate toward industries like medicine or electronics. But the construction industry has been steadily innovating to respond to changes like the skilled labor shortage, new sustainability regulations, and advancements in tools and software, and the resulting tech is just as futuristic.

Below we’ve broken down 14 of the most innovative construction technology advancements you’re likely to see in the coming years. 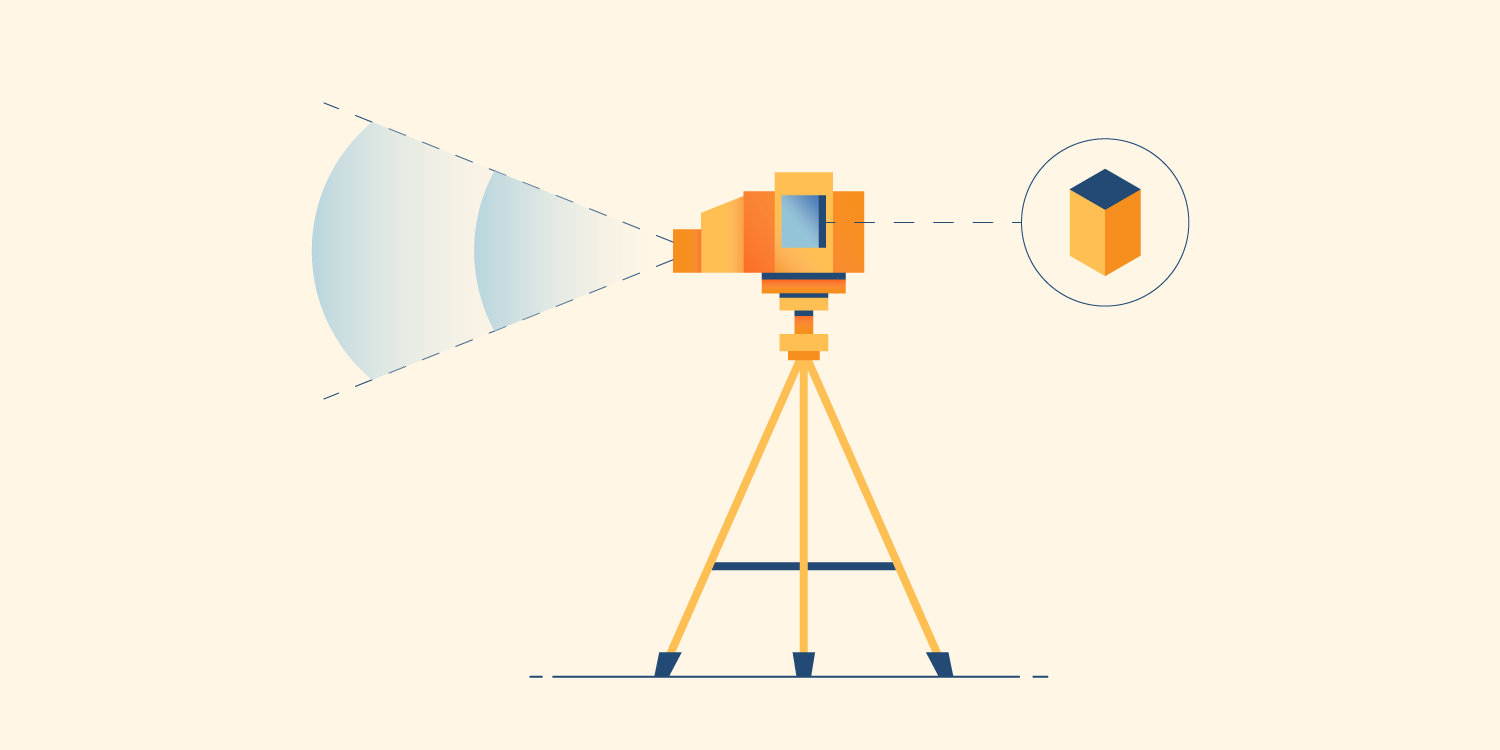 Thanks to LiDAR, or light detection and ranging, sensors mounted on construction equipment can scan the surrounding worksite and produce high-resolution 3D images in real time. This makes it possible to perform site work from a distance, reducing or eliminating the likelihood of a worker getting hurt. This is especially critical in industries like logging, which is the second most dangerous industry in the United States. 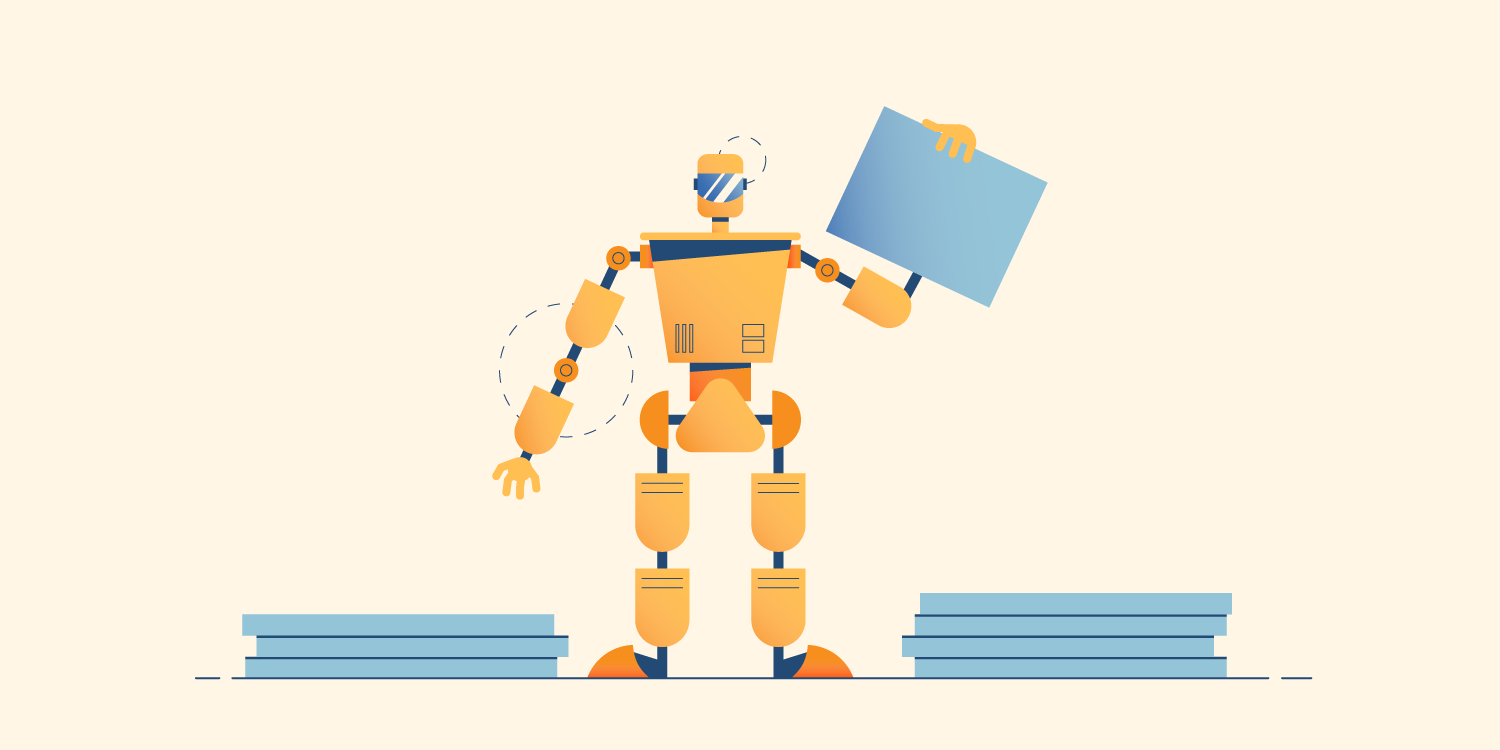 In response to the continuing labor shortage plaguing most labor industries, Japanese researchers have developed the HRP-5P, a humanoid robot capable of performing basic physical tasks like installing drywall independently. Other robot laborers include a semi-automated mason and the Tybot, which ties rebar on bridges in half the time it takes a human crew.

On one hand, automating dangerous tasks takes human workers out of the risk of harm; however, it also takes them out of the workforce, which is why industry leaders are recommending widespread retraining to help retain employees in fields that are already short on workers. 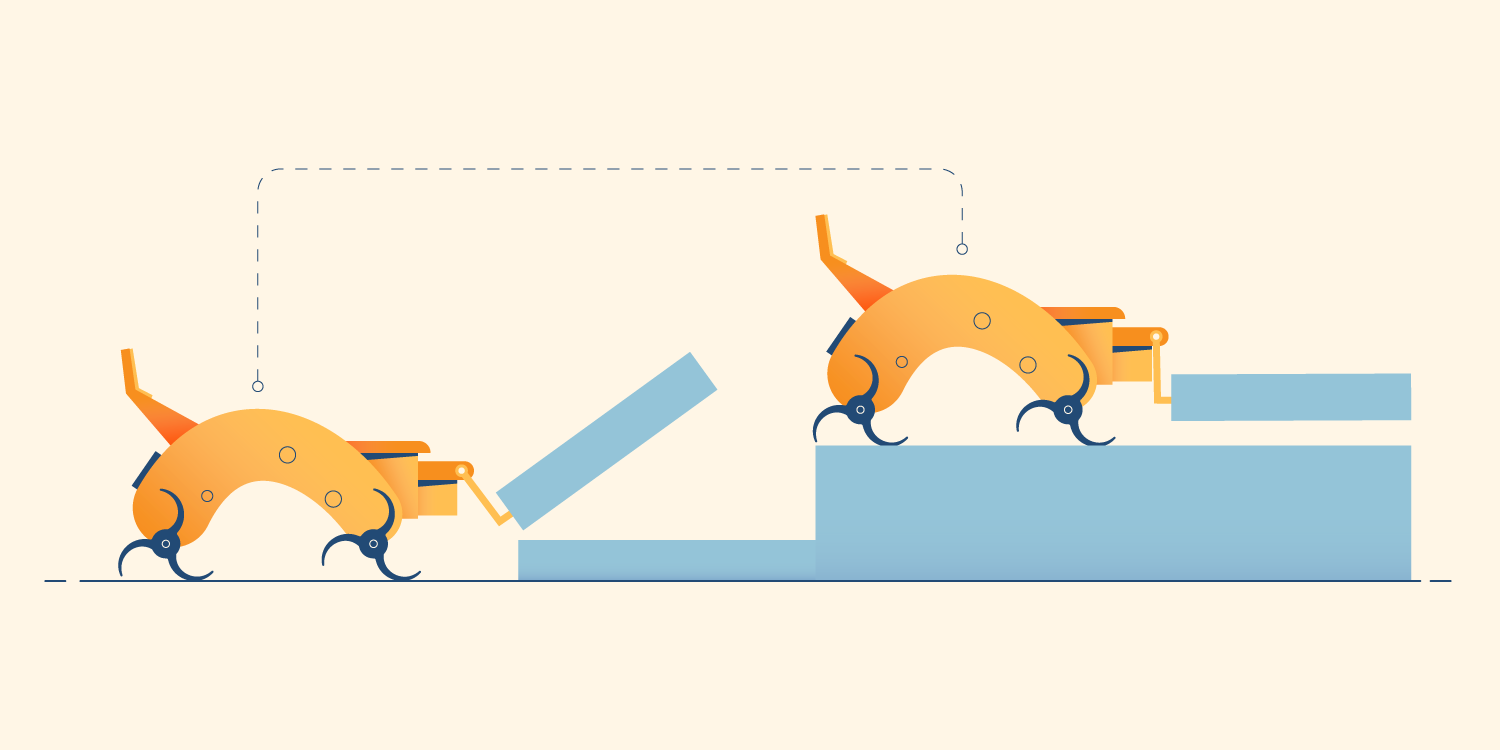 Unlike humanoid robots, which are built to vaguely resemble people, robot swarms consist of hundreds of tiny robots that are designed to work together like a collection of insects. Researchers at Harvard’s Self-organizing Systems Research Group have designed a swarm of tiny, four-wheeled robots that can operate as a cohesive unit to perform tasks like laying bricks.

Applications for robot swarms in construction are effectively limitless. They could safely repair infrastructure in flooded or hard-to-reach locations that are dangerous for a human worker, and could even build structures that are impossible for people to reach, like the deep sea or even the surface of Mars. 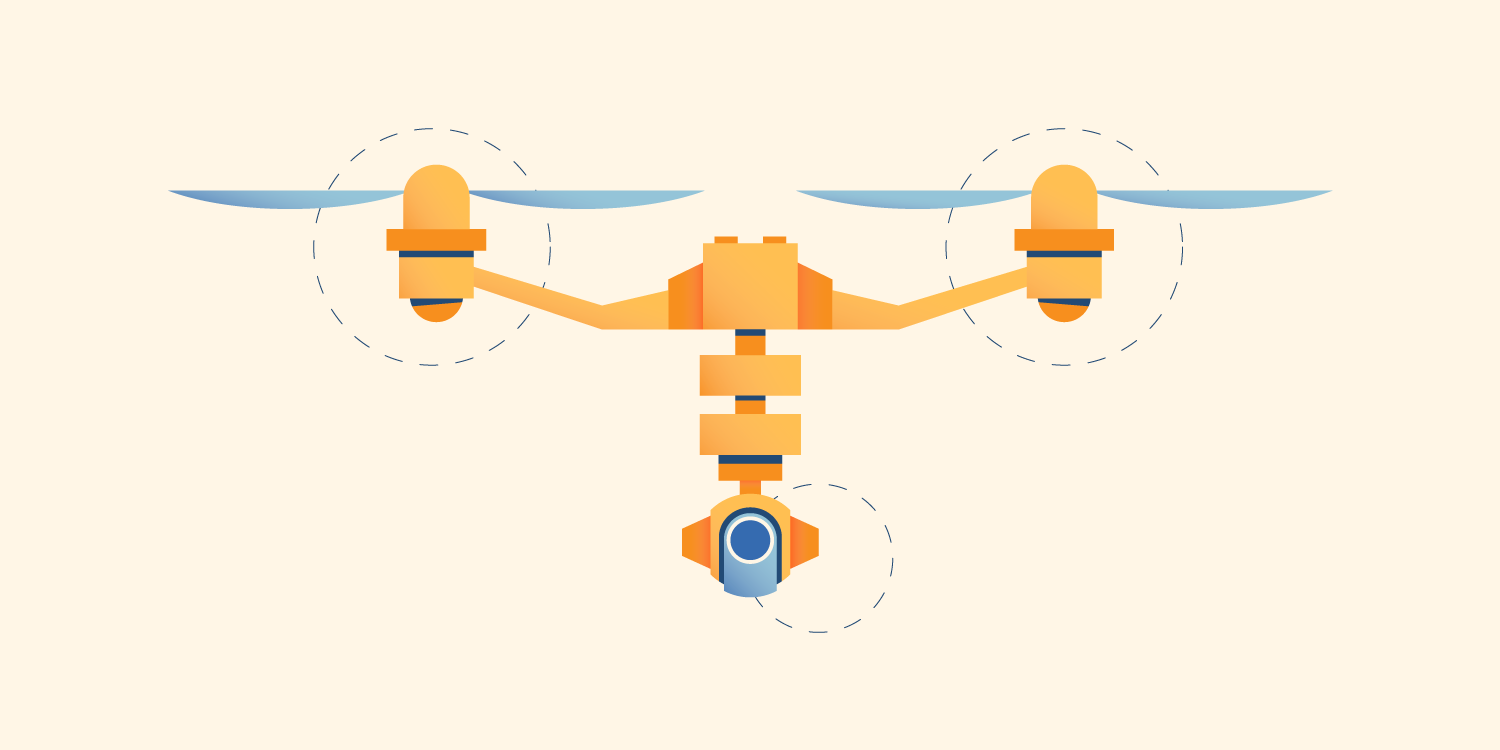 Of the tech advancements expected in the construction industry, drone technology is perhaps the most popular. In 2017, drone use on job sites skyrocketed 239 percent in a single year, and it’s not hard to see why. 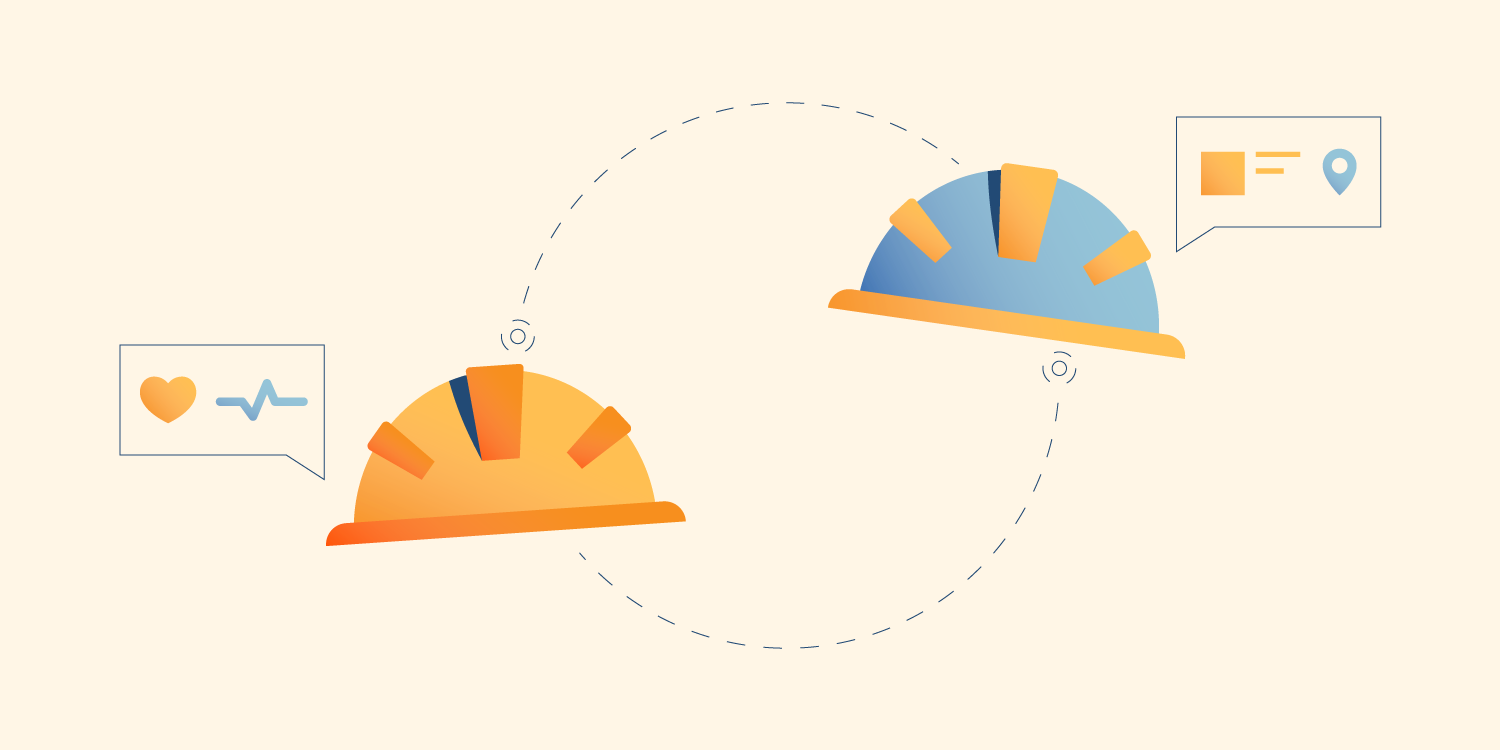 Wearable tech has already infiltrated the personal gadget space, but applications in construction can do more than just monitor heart rate or capture photos on the sly. The Japanese company Shimabun recently released an upgrade kit that can be used to outfit standard hardhats with a range of advanced safety capabilities.

The Shimabun-equipped hardhat can monitor location, motion, and temperature, enabling it to warn that a worker might be lightheaded or overheated. It can also perceive if a worker has fallen and trigger an emergency call to first responders. The exactness of the data collected also makes it possible to perform better assessments of worksite mistakes to better prevent repeat occurrences. 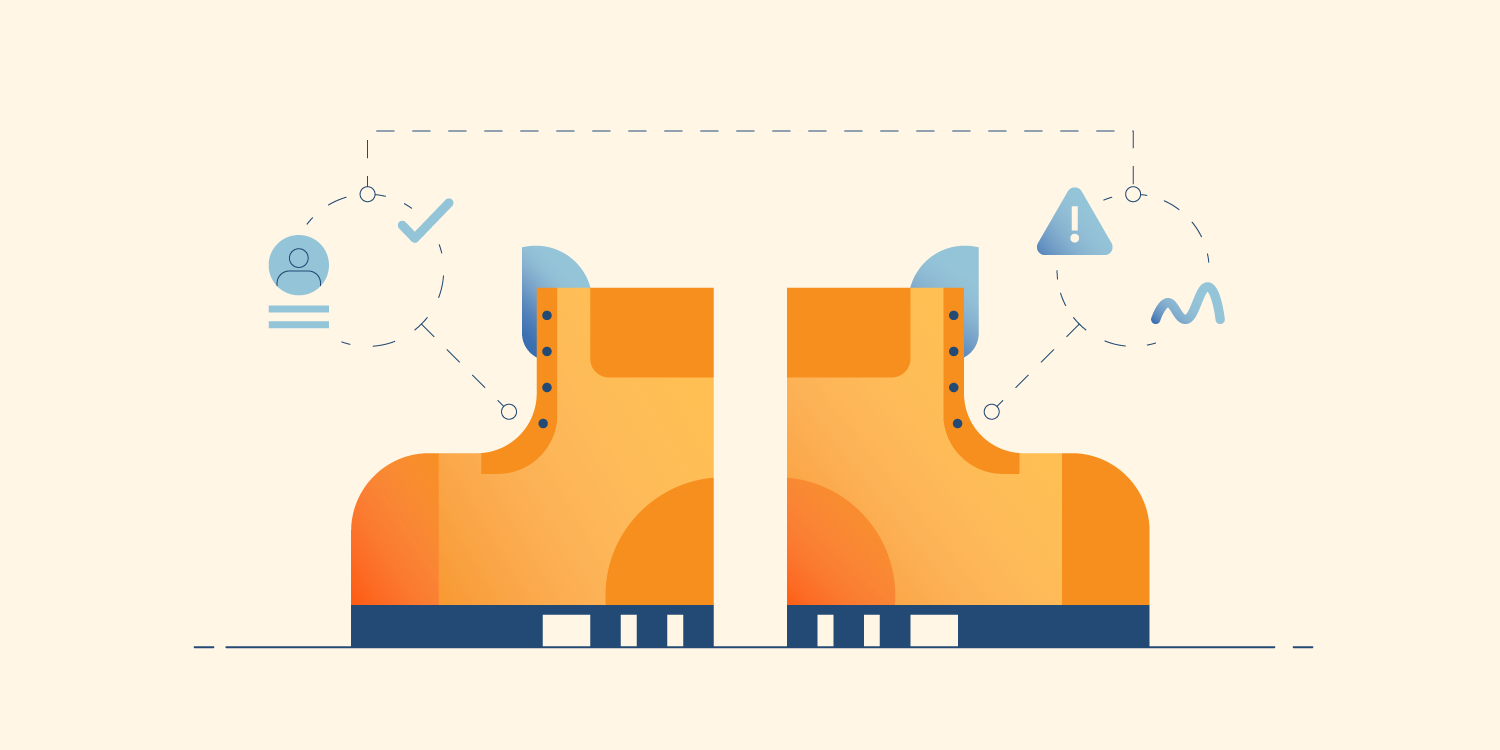 Another wearable tech advancement, SmartBoots are equipped with sensors that can measure worker fatigue, alert first responders in an emergency, and communicate with heavy equipment to prevent vehicle accidents. The boots are powered by the energy generated by the worker’s steps and are equipped with RFID devices that immediately identify workers when they enter the site and make it possible for site managers to automatically assign tasks over mobile devices.

SmartBoots are likely to make a wider appearance in coming years, not only on construction sites, but also in military defense and first responder environments. 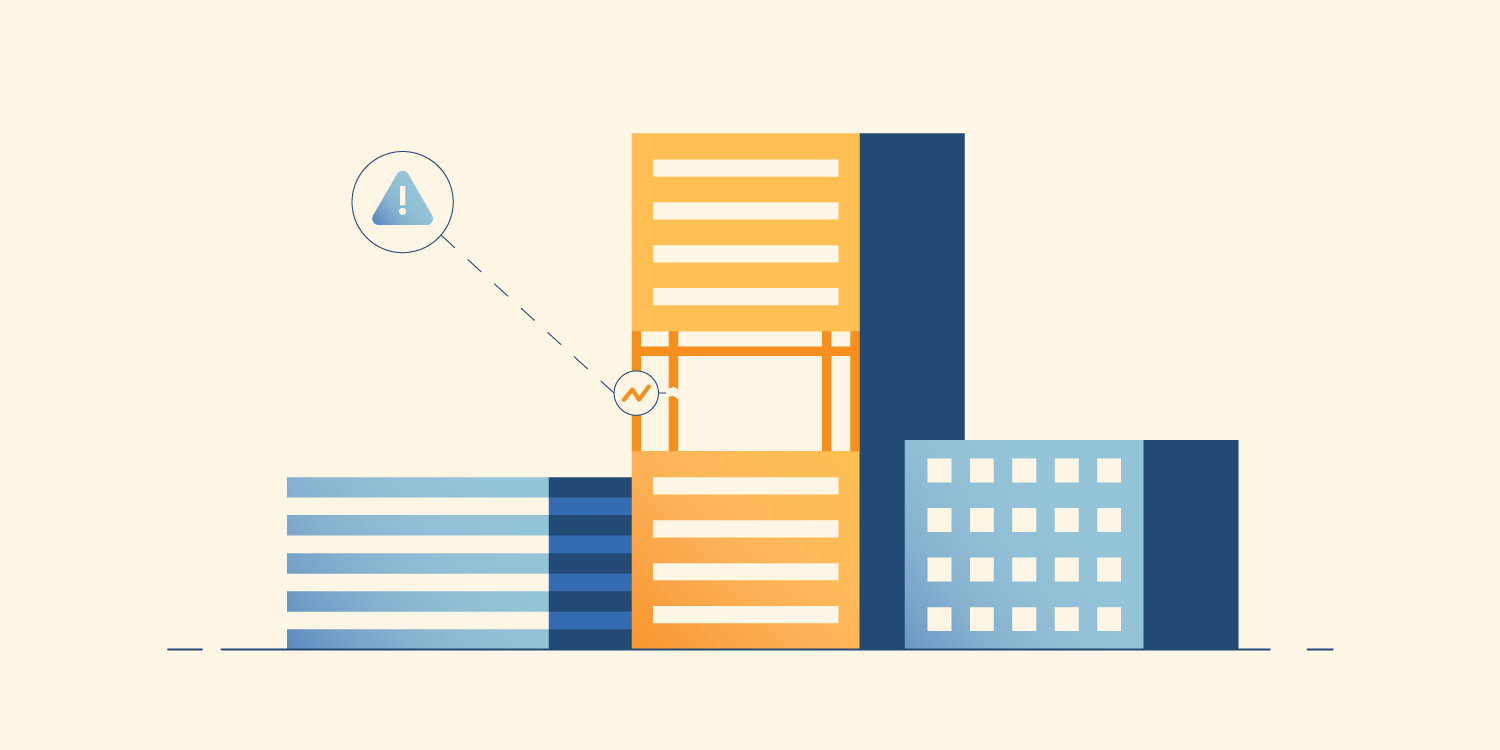 Structural monitoring systems, like those developed by Hexagon Geosystems, use sensors to monitor the strengths and weaknesses of a given structure that are invisible to the human eye. These monitors can help predict structural problems before they happen, allowing the site owner to bring in a construction crew to perform necessary maintenance before the site becomes dangerous.

In natural settings like rock falls and mines, monitoring technology can be used to assess the structural integrity of a site to reduce workers’ risk exposure and alert crews to hazardous conditions. 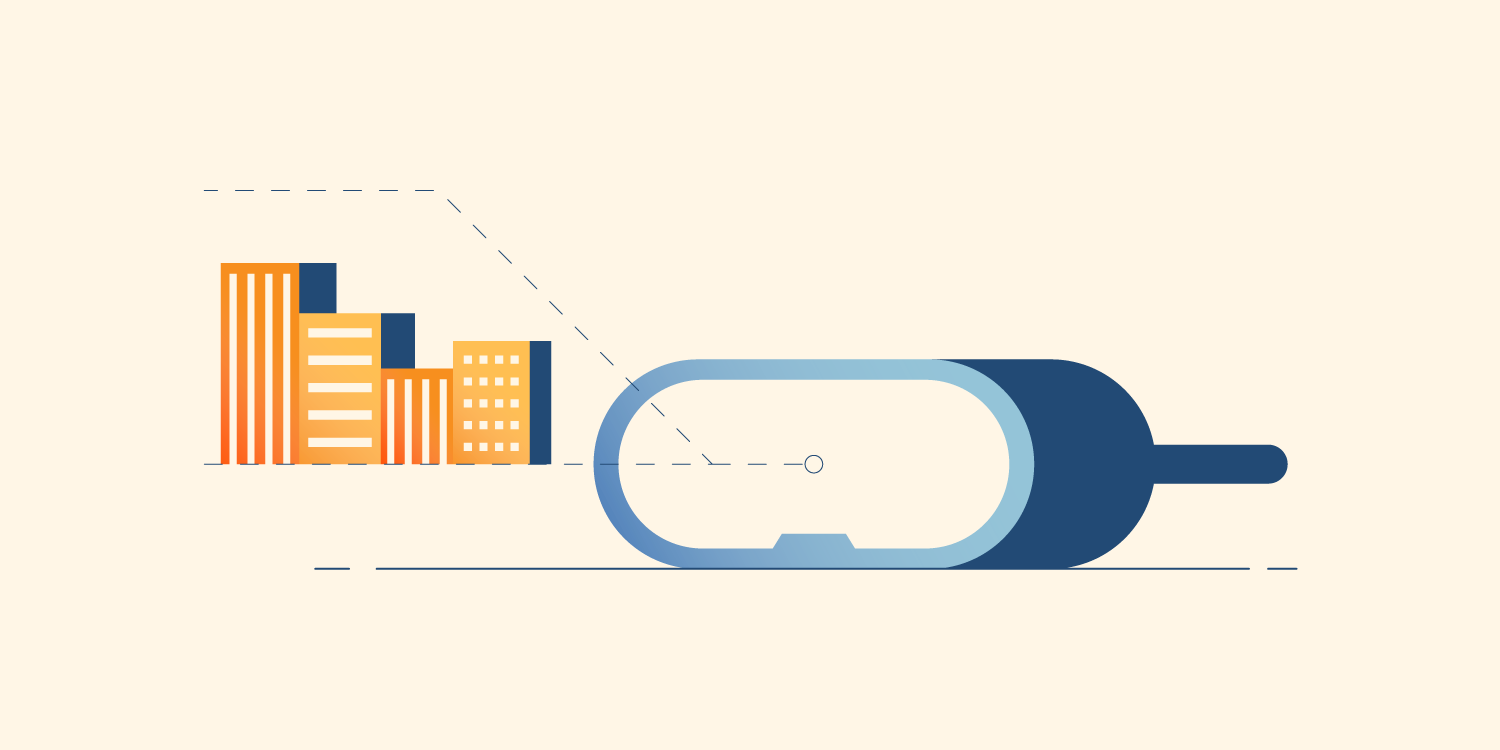 For many years, military and civilian pilots have used airplane simulators to train in a life-like environment without any of the risk of actually operating a plane. Now, the same technology has made its way into equipment operator training.

Virtual reality training is more engaging than video or lecture curricula, offers more accurate and lifelike preparation, and can also allow an individual to take more control of the rate at which they learn. But that’s not all — VR also allows equipment operators to run simulations that are too dangerous to replicate, like a natural disaster or major equipment malfunction.

Where VR is a strictly digital experience, augmented reality is the application of VR technology in real-world scenarios. With AR, workers can view layers of plans and data while on site by using wearable lenses or a camera-equipped mobile device.

That means a contractor could hold a tablet up inside a home and see the locations of every necessary drill hole without having to check the physical building plan, or a project manager could take a client through several proposed window designs and make plan modifications while standing in front of the window itself. AR technology also makes it possible to generate 3D models on top of a 2D plan, allowing for more accurate architectural planning. 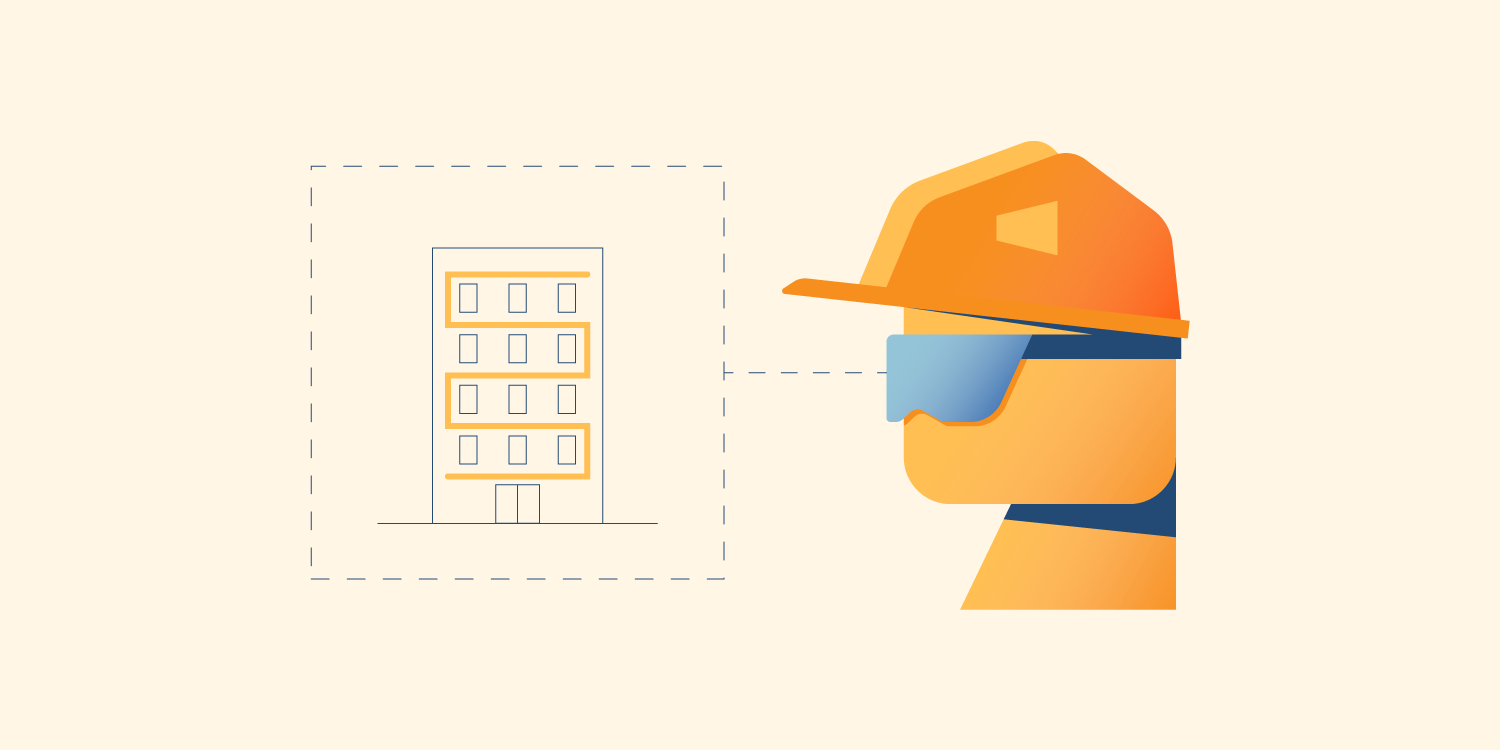 A combined application of IoT and AR, the Microsoft Hololens is a pair of glasses that gives workers hands-free access to building plans, generates structural models from surrounding site scans, makes distance measurements independently, and allows workers and designers to make modifications while on-site.

The hands-free integration also allows the wearer to teleconference with remote colleagues while in the field, and offers workers offsite a pair of “eyes” on the ground rather than relying on traditional communication methods. 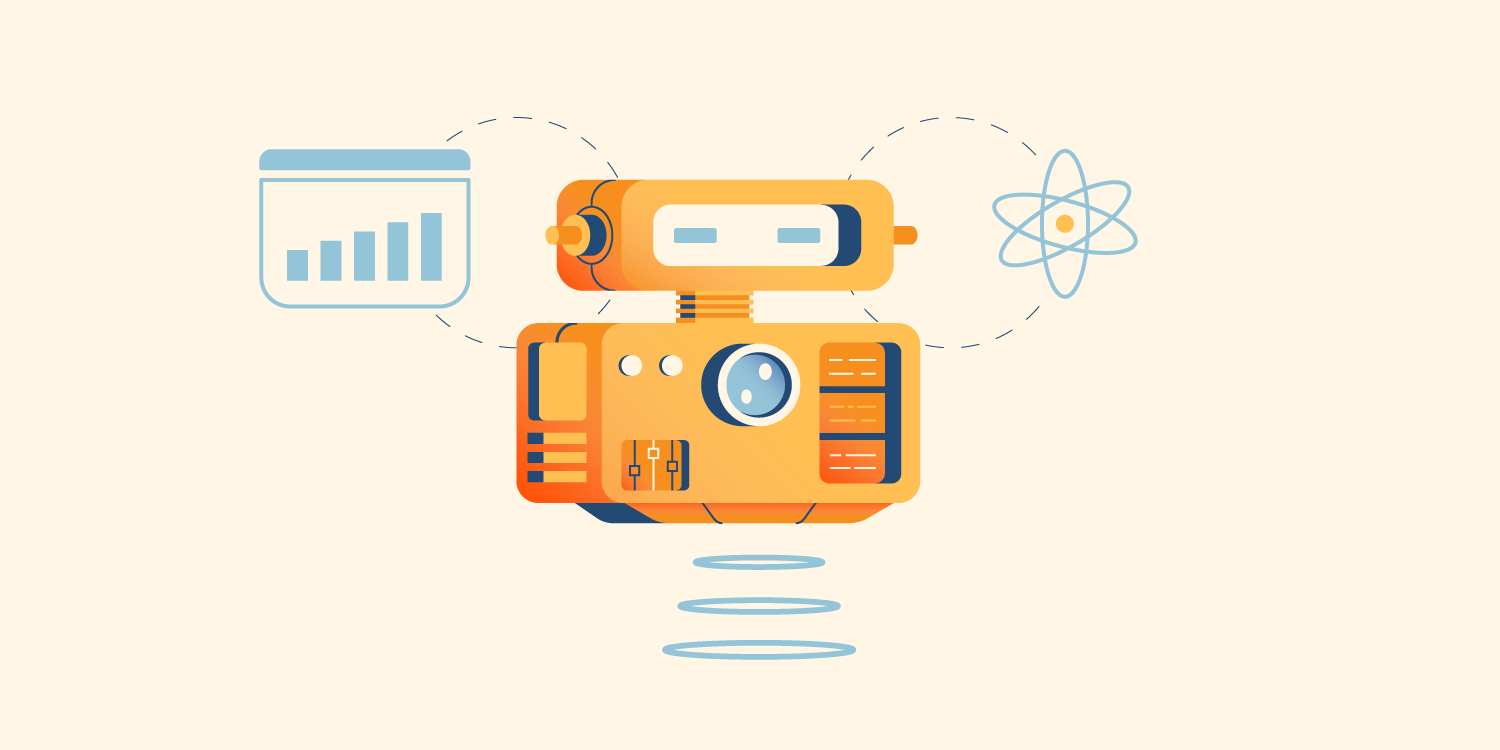 Perhaps best known as the technology behind IBM’s Jeopardy-winning Watson or the unsettlingly humanoid robot Sophia, artificial intelligence has a multitude of applications in the construction space that can speed up planning and make entire operations faster and more efficient. The engineers behind ALICE, an AI assistant designed specifically for the construction industry, claims the bot can reduce project time and cost by as much as 15 percent.

Once given a project’s specs, ALICE can evaluate millions of pieces of data and generate scheduling options optimized for time and cost. As the project progresses, ALICE can continuously adapt to account for issues and capitalize on opportunities when they arise, ensuring the project plan stays up-to-date. 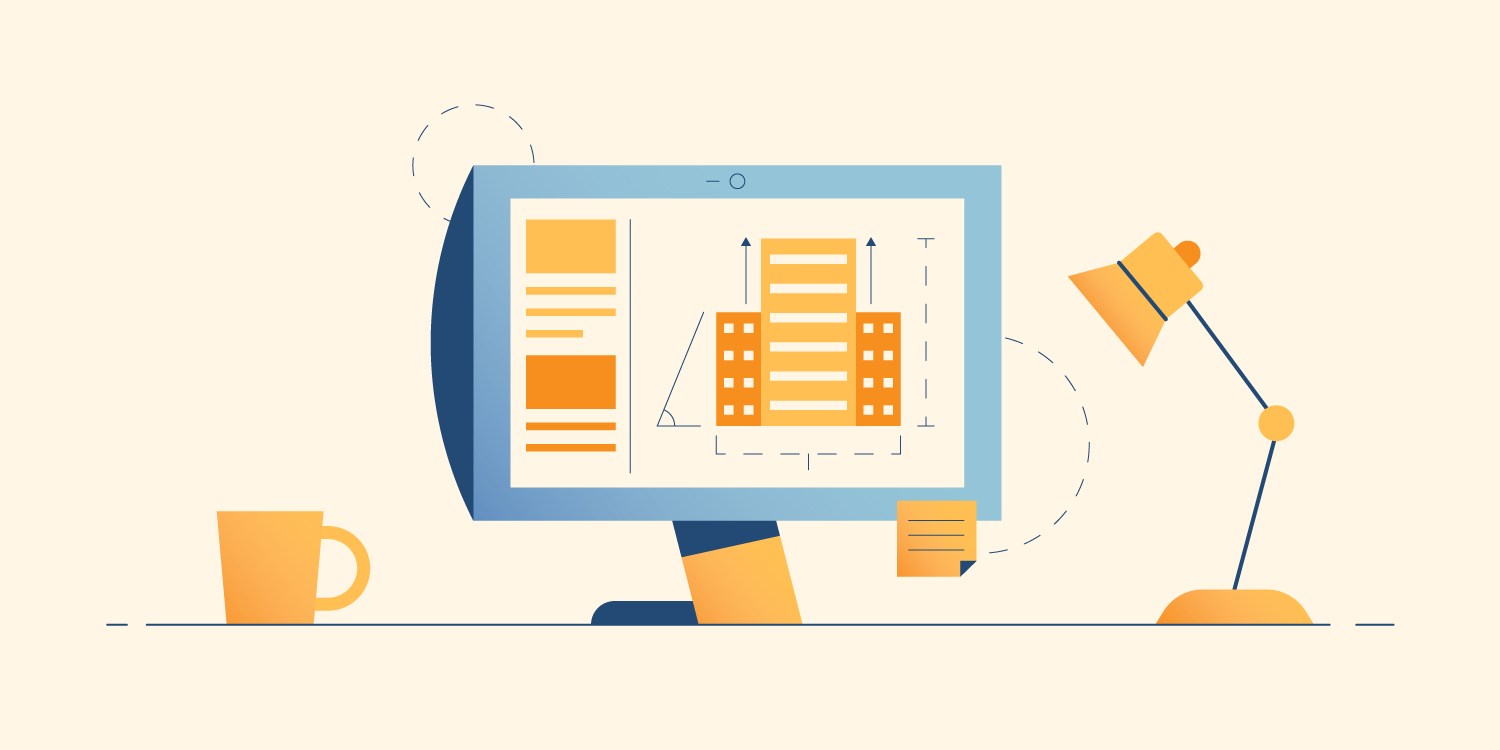 Building information modeling, or BIM, is a the application of IoT and AR technologies in order to generate “smart” management and workflow planning tools. BIM software allows the construction manager to create an intelligent 3D model of the project and generates smart workflows around it. This results in an elevated construction experience at all stages, from planning and design all the way to building maintenance.

BIM is already nearly universal, as many countries (including the United States) have adopted regulations that mandate the use of BIM software on any new building and infrastructure projects. 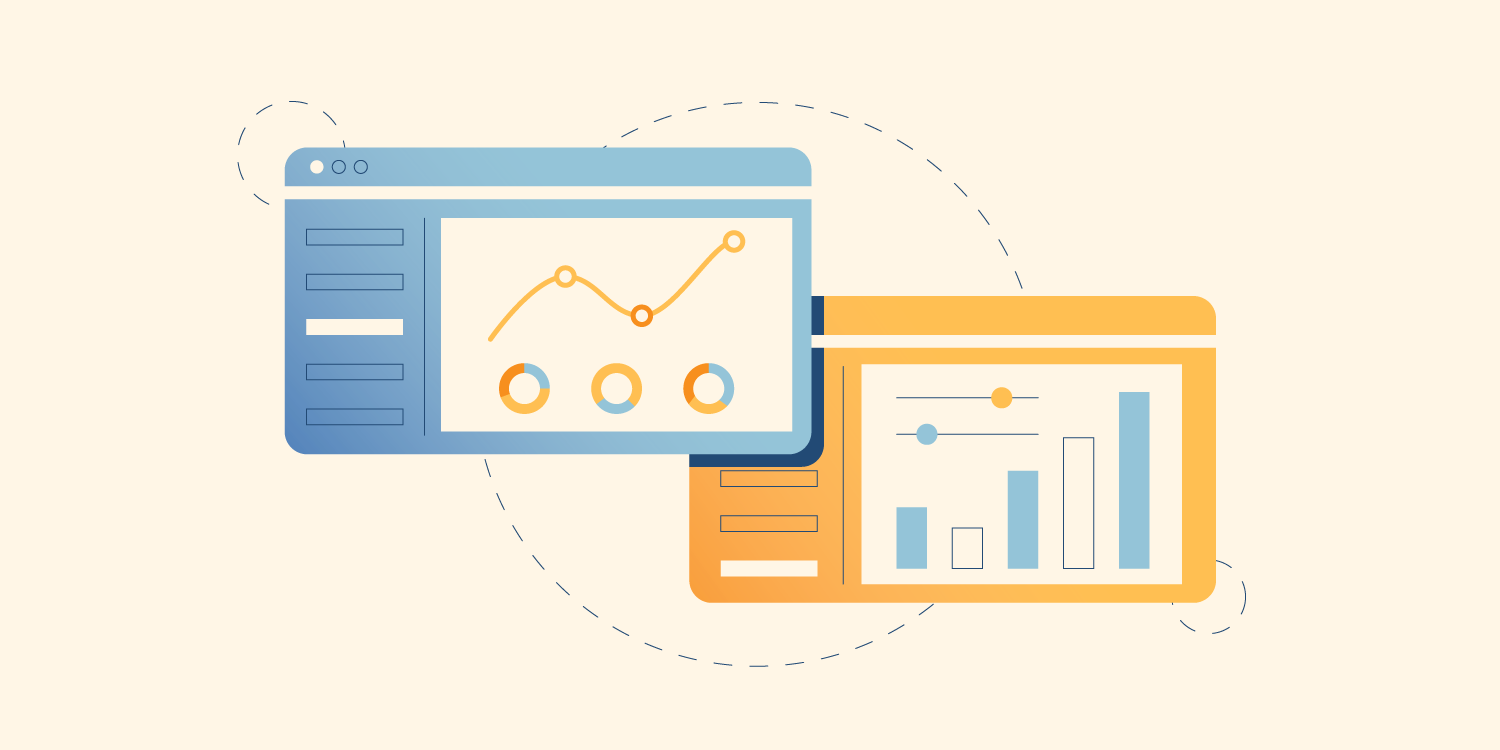 Whether it’s an online retailer guessing what you’re likely to buy or a credit card company deciding whether a recent charge is fraudulent, predictive analytics — or the process of using data to identify patterns and make predictions based on them — is everywhere.

In construction, predictive analytics can be used to make more accurate estimates on a range of data, which can save time and money. For instance, predictive software can analyze a company’s purchase history on project supplies and compare it against the actual amount that was used and generate more accurate orders for future projects, preventing expensive surpluses. Data from weather and traffic sensors can help determine optimal timing for construction phases.

By combining IoT with predictive analytics software, construction managers can establish more efficient supply chain processes and save money in the process. In retail, warehouse managers have begun equipping units with web-connected ID tags. This makes it possible for a system to quickly count, track, and map the number and location of each individual unit at any moment in time. 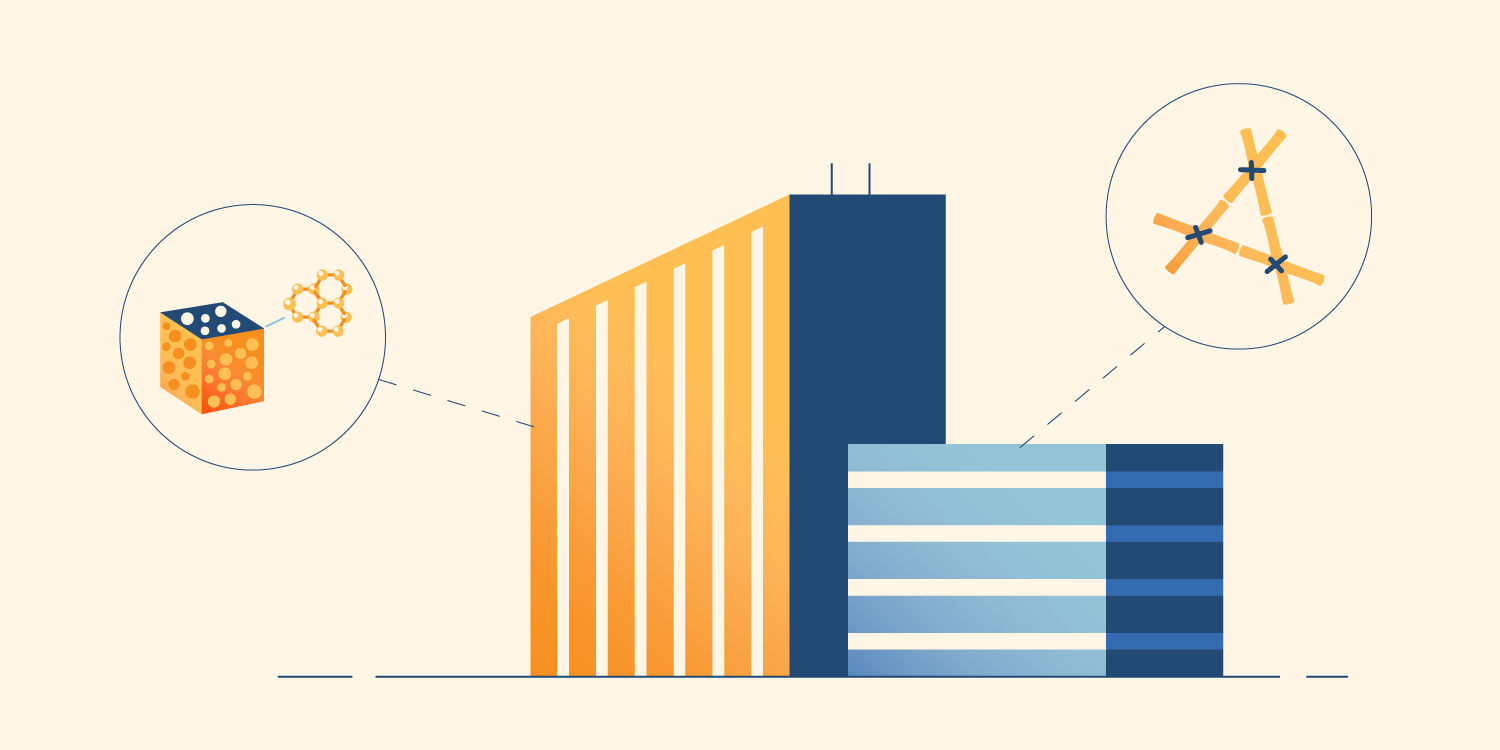 It’s not just equipment and software that are advancing construction technology — the actual building materials we use are innovating, too. Responding to efforts to increase sustainability, reduce pollution, and cut costs, scientists have developed a canon of high-tech building materials of the future.

For example: self-healing concrete repairs its own cracks and can last up to 200 years without replacement, while translucent wood offers an alternative to window glass that’s stronger and more biodegradable. A new type of brick made of wool and seaweed is 37 percent stronger than traditional earth brick and doesn’t need to be fired in a carbon-emitting kiln. Algae-infused building panels and invisible solar cells generate clean energy. 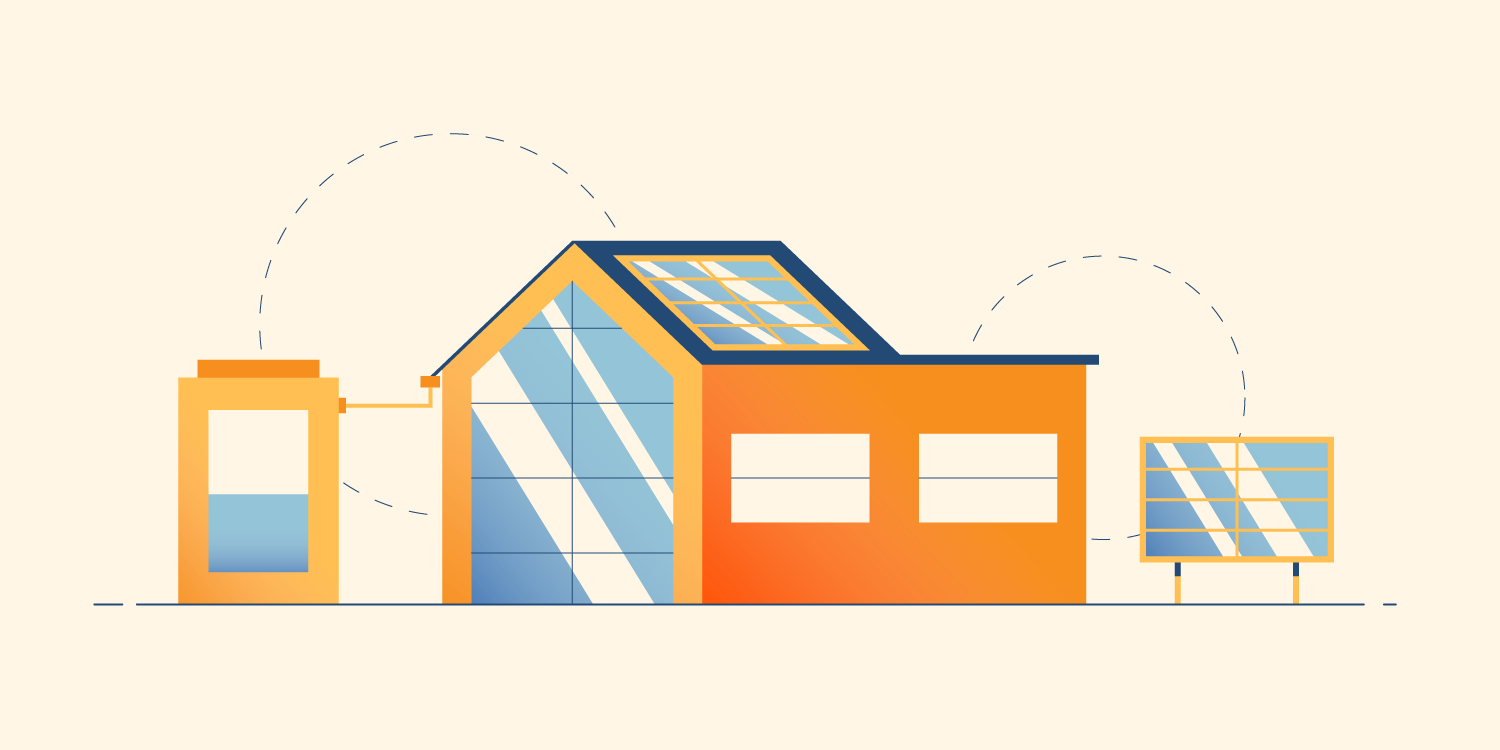 Sustainable construction has largely to do with conserving natural resources, which includes water. Advancements in water collection and filtering technology have changed the way that new structures’ plumbing and waste water systems are designed.

Rainwater harvesting, dual plumbing, and greywater reuse are all examples of updated water supply techniques that can lower water waste by as much as 15 percent.

As technology continues to adapt, the construction industry will undoubtedly continue to make advancements in the tools, software, materials, and processes it relies on.

Even the way construction equipment is rented and sold is evolving to incorporate technological advancements like automated rentals, data analytics, real-time inventory access, and more. According to Scott Cannon, CEO of BigRentz, “Ten years from now, the [equipment] rental industry will be primarily driven by data analytics.”

Along with innovations in sales platforms and personal devices, we’ll begin to see futuristic elements in our buildings and infrastructure thanks to the engineers and scientists of the construction field. Though we can predict somewhat how these innovations might take shape, there’s really no telling how far construction technology might go.

The Anatomy of a Smart City in 2019
Are you an Adrenaline Junkie? Check out Falcons Fury 
15 Surprisingly Hackable Things in Your Daily Life
3D Printed Homes: Everything You Need to Know
Augmented Reality in Construction: 6 Applications in 2019
×
Enter jobsite location to see local rates:
Use Current Location
Processing...