How Are Subways Built 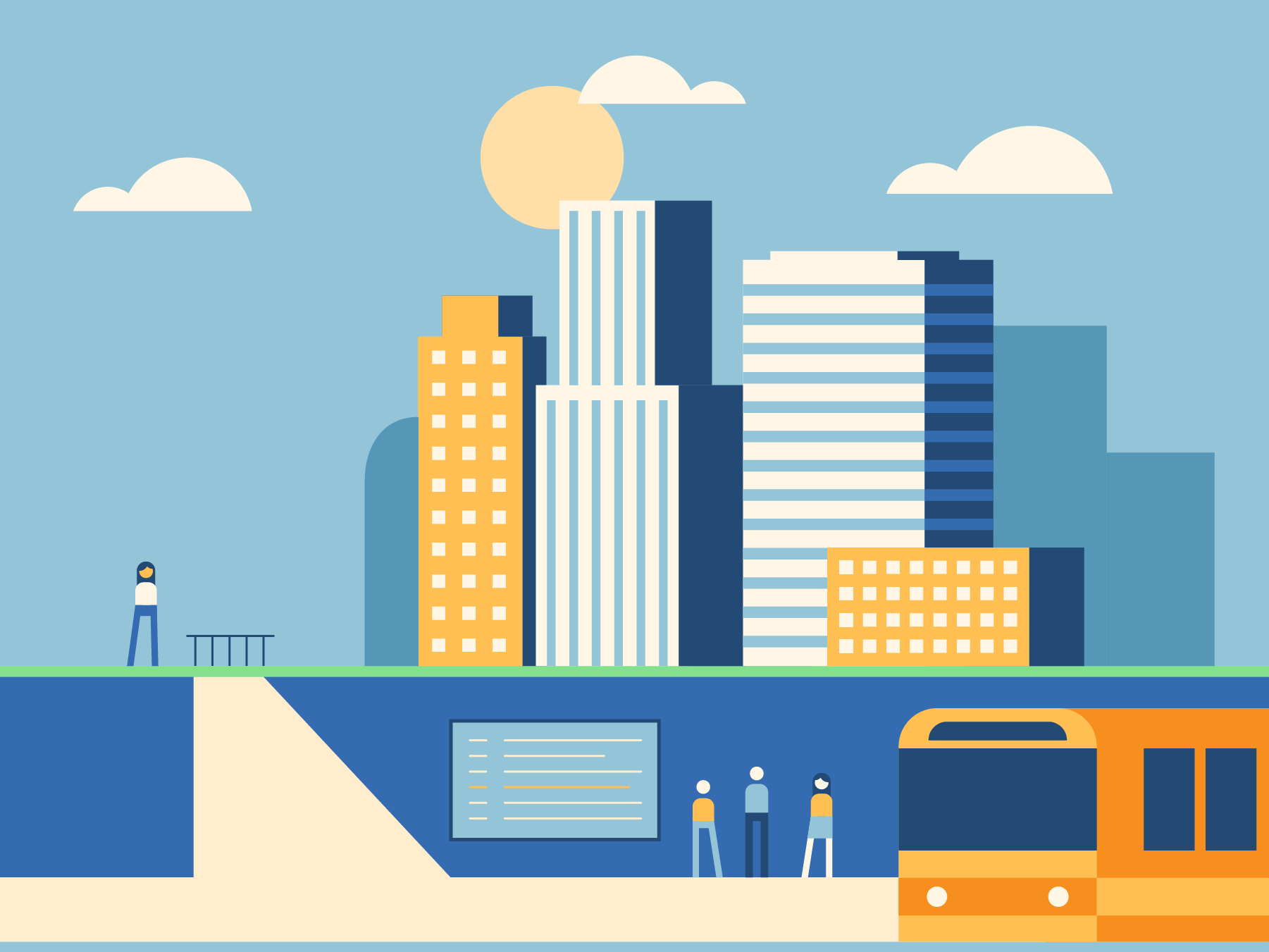 In many places around the world, it’s difficult to imagine life without subways. In fact, the first subway system opened on January 10, 1863, in what is now the London Underground subway station, using steam engine trains. Today, advancements in construction technology have improved these forms of public transportation with what we’re familiar with today.

But the subway systems we all know and rely on didn’t just pop up along with the city. Detailed plans and careful construction helped develop the system that so many people know and love today. They may seem simple (they’re trains that drive through a tunnel underground), but there’s a bit more sophistication that goes into their development. Whether it’s building a new subway or expanding an old one, the methods of how subways are built are generally the same, or just jump to the infographic below.

For an underground train, it would make sense that a tunnel needs to be dug, but that’s actually where things get complicated. Clearly, excavation equipment is needed and road construction safety is taken into account, but where do you start digging? Sometimes a crane is involved to lower the equipment in the hole, but where exactly does everything go? How big of a hole do you actually need to dig, and how do you do so safely?

Although there are numerous methods that can be used, there are two main methods that go into building the tunnel: the cut and cover tunneling method and the deep bore method.

Most of the New York Subway system was built utilizing this method. This method is cheaper but more limited since the tunnels need to follow the streets. Likewise, because the streets have to be dug up, there will be many disruptions to the traffic and can result in some negative effects for business owners along the route.

The deep bore method uses a special tunnel-boring machine (called a TBM) to dig the subway tunnels without disrupting much of the above surface life. A TBM is inserted/lowered into a conveniently dug hole along the proposed subway line, digging slowly until enough space has been carved out for the entire corridor, tunneling and crushing through any type of foundation. A conveyor belt removes soil and slurry as concrete tunnel liners are set up and installed, building the tunnel as the machine digs. Cement ground is put into empty spaces between the lining and the excavated opening.

The machines are large and can only go in one fixed shape, but they have a lot more flexibility with grid design because they don’t have to follow the street pattern. This method is much more expensive than the cut and cover method, however, but it offers very little to no disruption of above-ground life. Likewise, as they are large and hard to control, this method is generally useful for straight, long rail lines that are at least 1,500 feet long.

Subway tracks are inherently similar to other methods of track construction, all the way from the work developed by the pioneers in the United States out west, to the massive system of underground lines in New York. There are a few differences to the subway train tracks: for starters, there are no worries of the tracks being vulnerable to the different climatic conditions that other lines have.

In fact, subway tracks share many of the same traits as the tracks for street railways, utilizing ballastless tracks. Essentially, a single, continuous slab of concrete is used as the base, and the rails are supported on the surface using a resilient pad, like hardwood blocks installed in crevices of the concrete.

As electricity needs to be provided to the train and other systems operating the subway (such as a ventilation system), another rail is installed. The third rail, also called a live rail, is a method of providing electric power to a train.

Subways are built with an extensive series of fans, ventilation, and airshafts to operate a ventilation system. Natural air circulation isn’t enough to keep temperatures regulated, let alone keep the air breathable while also controlling smoke movement throughout the tunnel. A series of fans and ventilation systems will be installed in the stations to help control the air.

Underground Obstacles and How They’re Dealt With

During the design and building of the subway, it will almost be impossible not to find a few obstacles in the way of the tunnel. From pipes that aren’t in the city blueprint to man-made structures long forgotten, things will inevitably halt construction of the tunnel. A TBM can dig under some things, but as they do have to surface and create entrances, workers will come to contend with these obstacles.

One of the more common difficulties subway workers have when constructing subway stations is dealing with underground water, and careful consideration needs to be used. From loose, wet soil to aquifers, workers can find almost anything. Typically, pumps or dewatering wells will be used to get rid of the water, but sometimes more extreme measures are needed.

Bridges can be built over underwater rivers, and if they’re digging under a body of water, like in San Francisco Bay, the cut and cover method will be used to create a tunnel and bury already built tunnels. Divers will then go in and connect the tunnels, with flexible joints at each end to help protect against earthquakes.

Other methods could also be used to deal with water and wet soil. For example, during the building of the Paris Subway tunnels, workers froze the mud using calcium chloride. Doing this allowed them to remove the mud like it was solid clay.

Naturally-occurring geological formations that are difficult or impossible to dig through can often bring construction to a halt. During the development of the New York subway tunnels, hard-to-cut stone, called schist, kept workers from digging below the city. Before, tunnels had to be rerouted due to these tough geological formations, but nowadays, workers can either use explosives or TMB’s to go through the tough stone.

Pipes, wiring, and other infrastructure can easily be avoided by looking at the city blueprints and rerouting them. Sometimes, though, they’ll discover pipes or cables that aren’t on the blueprints, forcing them to find out what they’re for, where they go to, and if they can simply be removed. Often, dealing with pipes and tubes are the easy part of subway construction, however.

While digging, crews can sometimes find old and forgotten man-made structures, although this typically occurs in very old cities. Underground in Paris, for example, crews found foundations to very old buildings and catacombs full of bones. Depending on the discovery, different measures can be taken. For situations like that in Paris, ancient quarries had to be dealt with by building bridges, creating an elevated, underground railway.

From the steam engines in the London Underground to the metro stations in New York City, these rapid transit methods have become much more sophisticated and integrated into the everyday consciousness of life.

In fact, some of the longest tunnels were built for various subway and rail systems. That’s how important they are for us. They not only provide easy methods of transportation for commuters from all walks of life, but they’ve also kept people safe.

It’s hard to think about life without subways now, and with the U.S. government looking to invest in public transportation, it won’t be long before more subways are built by skilled workers all across the country.

What Is a Telehandler? Definition and Uses
10 Common Safety Issues in Warehouses
What Are "As Built" Drawings in Construction?
Space Construction: The Industry’s New Frontier
What Is America Building When Stuck at Home According to Google
The Oldest Buildings in America
9 Types of Infrastructure Construction Projects in 2020
Adaptive Reuse Explained With 3 Imaginative Examples
10 Essential Construction Communication Skills for Your Team
American Infrastructure Statistics and Facts